Hague Abduction Convention: The Defense of Grave Risk of Harm Is Not Working 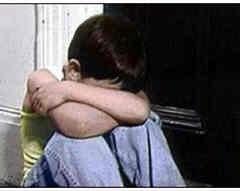 The district court has now rendered a ruling in which it has thrown the proverbial book at the violent and dangerous petitioner-father. Sande v. Sande, No. 05 CV 1182 (N.D.Ill. 01/29/2008).But the ruling is apparently far too little and far too late. The children are in Belgium and in danger. And the judicial system seems to have been part of the problem, not part of the solution.

The case concerns the two young children of a Belgian father and an American mother who married in Illinois and then moved to Belgium. The father regularly and continually abused the mother physically and verbally and repeatedly threatened to kill her. Some of this conduct occurred in front of the children. He also threatened the children.

During a family visit to Illinois the mother refused to return to Belgium. The father then returned to Belgium, secured a custody order in his favor from a Belgian court and then brought a return petition under the Hague Convention. He won summary judgment in his Hague case in the federal district court. The court dismissed the mother's defense of grave risk of harm under Article 13(b) of the Convention, primarily because she did not establish that the Belgian legal system could not or would not protect the children. On appeal, the Seventh Circuit held that the district court should review “the adequacy of conditions that would protect the children” if returned to Belgium.

What happened next is where a bad situation got far worse. The problem seems to have resulted from mediation in the district court and with an independent mediator specializing in family issues. Mediation produced an agreement pursuant to which the court entered an agreed order which allowed the father to take the children to Belgium, so long as he returned the children to the mother's custody in Illinois no later than a specified date. He was also required to ask the Belgian court for a continuance until after the date set for the next district court hearing. Not surprisingly, once the father took the children to Belgium he refused to return them and instead of getting a continuance from the Belgian court he succeeded in getting an order that confirmed his sole custody.

The district court has now taken action against the father. It allowed the mother to contest the issue of habitual residence even though the Seventh Circuit had assumed if not determined that the habitual residence was in Belgiumand even though the remand was not as to that issue. The court found that the habitual residence was in the United States, accepting the mother's evidence that she and the father always intended to return to the United States. The court barred the father from contesting this or any other issue since his violation of the court's order constituted conduct that gave rise to waiver of the opportunity to present evidence in support of the petition. The court also found that the mother had established the defense of grave risk of harm because of the undisputed evidence of violence and threats against the mother and threats against the children.

The district court's ruling is fine -- except that the children are in Belgium and the father has sole custody of them under Belgian law.

The Seventh Circuit saw the danger of assuming that the foreign court would provide the necessary protection. But the subsequent process seems to have let the children down. We do not know what occurred in mediation and to what extent the court encouraged it. However, it seems reasonable to assume that the mother was told that she might well lose the case (again) on remand and that she should trust the Belgian legal system to protect her and the children.

The Hague Convention is a worthy treaty which sometimes produces great injustice.