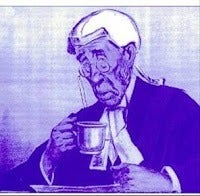 Pre-nuptial agreements between couples planning to marry could become legally binding under a review of the law being carried out by the Government's law reform body.

The inquiry announced today by the Law Commission is part of its latest programme of law reform, which is also looking at the law on intestacy, the laws governing residential care and level crossings.

At present pre-nuptial agreements are persuasive in the courts but not strictly legally binding.

But the Law Commission has ruled out looking at the law on the splitting of a couple's assets on divorce, despite calls by some judges that they should do so.

Sir Terence Etherton, a High Court judge and the chairman of the Law Commission, said: "There is a recognition that the division of assets is an issue of considerable social importance and there is wide dissatisfaction with the current law.

“But we recognise that the issue is increasingly politicised and controversial."

Instead the Law Commission will examine in what circumstances courts should uphold the increasingly popular pre-nuptial contracts with the aim of drawing up a draft parliamentary Bill by 2012.

Sir Terence also predicted that existing proposals by the Law Commission which give greater legal rights to cohabiting couples would become law in the not too distance future.

"We are lagging behind Australia, New Zealand, Canada and Scotland. There will be legislation because we are clearly so far behind other countries."

Post-marital agreements, entered into by couples after marriage to determine the division of their assets after divorce, would also be examined, the Law Commission said.

Lawyers welcomed the plans to look at pre-nuptial contacts but expressed concern that the plans could also be left on the shelf.