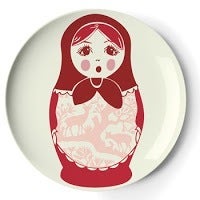 The article below in today's Daily Telegraph illustrates the grave dangers that may arise when children visit Russia:

An 11-year-old British girl has been left stranded in Russia after her biological father obtained a Court Order preventing her from leaving the country until she is 18.

Victoria Osborne, who was visiting her grandmother in Saratov with her mother Tatiana, was prevented from boarding a plane home despite neither of them being given notice of the Order. Officials told her that her natural father, Colonel Yuri Gladkikh, had obtained the Order which under Russian law allows divorced parents to block their children leaving the country until they are 18. It was designed to help separated parents with access to their children.

Victoria's stepfather, Patrick Osborne, 52, is now preparing for a legal battle to bring her home to Winchester, Hants. It is believed that they are in negotiations with Colonel Gladkikh over the ownership of a flat in Saratov.

He said: "We know it is not going to be easy, but we are determined to get our family back together. This order came totally out of the blue. When we go over there to see Tatiana's family Mr Gladkikh knows exactly where we are because his mother lives in the same village."

Mr Osborne, a Civil Engineering lecturer at Southampton University, said the first he knew about the situation was last Thursday when his wife telephoned him in tears from the airport. He said: "She was crying her eyes out saying that they couldn't get out of the country. She is getting increasingly distressed and it's going to get harder and harder the longer it goes on for her. Vicka is a confident, happy girl and she is dealing with this as best she can. It is unbelievable that any parent, however far-removed from daily upbringing, would deny his child the right to a good education, access to her home and friends. This is totally immoral."

Mrs Osborne, 34, and Colonel Gladkikh split up eight years ago. She married Mr Osborne three years later after they met while he was working in Russia.Although his wife and step daughter are British citizens the pair travelled on Russian passports, making them subject to the country's law.Mrs Osborne is free to leave the country but said she will not return without Victoria, who was due to start secondary school yesterday. Mrs Osborne said she separated from Colonel Gladkikh in January 2001 and divorced him in October 2002.

“This is a terrifying ordeal and we are completely devastated. The possibility that Vicka will be forced to remain here, away from her friends and family, for the rest of her childhood is very scary for her," she said. "When we first went to see him (Colonel Gladkikh) he said Vicka should be near him in Russia. He said she could stay with her grandmother where he could visit her.” She claimed he later told her he would lift the order if she voluntarily gave up registration on the £35,000 flat they own, where Victoria was born, so that he could sell it. She said she was prepared to do that after receiving written guarantees he would not go back on his word.

She added: “Quite simply, it's blackmail. Vicka is trapped here and she feels so betrayed to be used like an object of trade. It is immoral. To think he is a high ranking officer in the Russian army, trusted with defending the country, and this is how he treats his child.”

Speaking from Saratov, Mrs Osborne, who is carrying out research at Birmingham University to improve cultural understanding between Britain and Russia, said: "We are absolutely devastated. Had we known about this restriction we would never have gone to Russia this summer. It's a catastrophe. Our family is broken apart and Vicka is not at school. She was so much looking forward to it. This is a betrayal by her biological father."

The family could face a lengthy court battle if the order is not voluntarily withdrawn by Mr Gladkikh.They have sought help from the British Embassy in Russia but have been told there is little they can do as they were travelling on Russian passports.