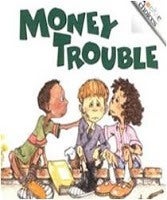 The current issue of The Economist has a great article by Edward Lucas on international family law. The title is Money in misery: International marriages are crumbling with the global economy, revealing unseen pitfalls in cross-border divorce law. Good news for lawyers.

According to Jeremy Morley, an international divorce lawyer based in New York, hiding assets from a spouse is also much easier in some countries than in others. California, at one extreme, requires complete disclosure of assets. At the other extreme, Austria, Japan and many other countries require very little disclosure. A California court recently ordered a husband to pay $390,000 in costs and penalties to his wife because he did not disclose some significant financial information. In another jurisdiction, the assets could have stayed hidden.

Making wily choices about possible jurisdictions is often criticised as “forum shopping”. But the stakes are high: ending up in the wrong legal system, or with the wrong approach, may mean not just poverty but misery. Mr Morley says the differences between one divorce jurisdiction and another are far more than, say, playing a sporting fixture at home or away. As the table shows, totally different rules apply.

So it is understandable that a disillusioned spouse, and his or her lawyer, will try hard to get the most favourable jurisdiction. Yet that can all too easily lead to each party starting, or even finishing, a divorce in a different country. Sorting out these cross-border legal wrangles can be colossally expensive.

The full article is on The Economist website at http://www.economist.com/world/international/displaystory.cfm?story_id=13057235