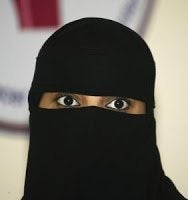 A Saudi news service reports that the Saudi Justice Minister plans to draft a law allowing female lawyers to try family law cases in court. Currently Saudi women are not allowed to enter courts alone. They need to be accompanied by a male guardian, not only if they are parties to a dispute but also if they are lawyers. Apparently the law will be limited to family law cases. The article does not discuss the law that women may not drive in Saudi Arabia.

Presumably if the law is enacted – which is far from certain since it has been discussed for several years and must be approved at various ministerial levels and then signed by the king – it would allow a woman lawyer to enter the court room alone but it would not remove the law that bars her from traveling to the courthouse without a male guardian or from driving there even in the company of a male guardian.

Likewise, it would not free her female clients from the requirement of a male guardian. Human Rights Watch reported that last month a Saudi woman was sentenced to be lashed 300 times and jailed for 18 months for filing complaints against court officials and appearing in court without a male guardian.