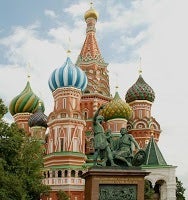 As is the case with many countries, including the USA, Russia has made a reservation with respect to Article 26, stating that "The Russian Federation in accordance with Article 42 of the Convention shall not consider itself bound by the obligation to assume costs, as provided for in the second paragraph of Article 26 of the Convention, resulting from the participation of the legal counsel or advisers or from court proceedings, except for those costs that may be covered by its system of legal aid and advice."