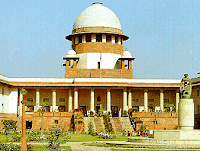 Newspapers around the world have carried an article entitled “Japan, India pressed to curb child abductions” that calls attention to the fact that both countries violate human rights norms by failing to provide remedies for international child abduction. The articles describe the circumstances of several of my clients and state that,

“Jeremy Morley, a New York lawyer who specializes in international family law, says India is ‘a safe haven for child abductors" in part due to its slow-moving court system.'

‘An abductor has ample time to create facts on the ground in terms of getting the child sufficiently settled into life in India as to justify an Indian court in ultimately deeming that it is best to keep the child in India,' Morley writes on his Web site.”

NEW YORK –  Japan and India are among America's most prized allies. Yet to scores of embittered parents across the U.S., they are outlaw states when it comes to the wrenching phenomenon of international child abduction.

The frustrations of these "left-behind" parents run deep. They seethe over Japan's and India's noncompliance with U.S. court orders regarding children taken by the other parent to the far side of the world, and many also fault top U.S. leaders for reluctance to ratchet up the pressure for change.

"If they really made it an issue to solve these cases, I believe they could be resolved tomorrow. ... They don't have the will," said Christopher Savoie of Franklin, Tenn.

Savoie was arrested in Japan last year, and spent 18 days in custody, after a failed attempt to reclaim two children taken from Tennessee by his ex-wife in violation of a U.S. court order.

More than 80 nations have signed an accord aimed at curtailing such incidents, but only a handful of Asian countries are among them. Of the continent's non-signatories, Japan and India pose the biggest problem for the U.S. — accounting for more than 300 cases, involving more than 400 children, opened by the State Department since 1994.

The department has boosted the staff dealing with abduction cases from 18 to 65 over three years, and says it is working harder than ever to convince Japan and other Asian allies to sign the 1980 Hague Convention on international abduction.

The department's special adviser on children's issues, Susan Jacobs, and its top official for Asia, Assistant Secretary of State Kurt Campbell, have raised the topic on multiple occasions. Campbell used the word "kidnapping" in protesting the many cases in Japan where mothers living overseas with foreign husbands returned home with their children and kept the fathers from having contact with them.

"This is a hard job — we don't get as many successes as we want," said Stefanie Eye, chief of the State Department's Eastern Hemisphere abductions division. "We want every child in the right place." ….

Many times previously, Japan has said it would consider signing the Hague Convention, but it also has expressed concern that doing so might leave some Japanese women and their children vulnerable to abusive foreign husbands.

Stefanie Eye said that in Japan, unlike many Western countries, it's accepted practice that only one parent — usually the mother — has custody of a child after a divorce. That leaves many fathers, including foreigners, unable to see their children until they are grown up because of lack of visitation rights.

"Part of what we're doing is offering the Hague country perspective of why it's important for children to have access to both parents," Eye said.

The State Department says it knows of no cases where a child taken from the U.S. to Japan by one parent has been ordered returned to the U.S. by Japanese courts.

There has been some progress elsewhere in Asia, Eye said. She cited an announcement by Singapore that it will sign the Hague Convention and a preliminary indication by South Korea that it will do likewise.

"We're seeing a lot of movement," she said. "We're waiting for someone to stand out and be a leader."

For the moment, India shows no signs of being that leader. Though a national law commission recently recommended that India sign the Hague Convention, the government hasn't signaled that this will be a priority, and an External Affairs Ministry spokesman, Vishnu Prakash, told The Associated Press in New Delhi that he had no comment on the issue.

The State Department's assessment is blunt.

"Once a child has been abducted to India, remedies are very few," says an official advisory. "India does not consider international parental child abduction a crime, and the Indian courts rarely recognize U.S. custody orders, preferring to exert their own jurisdiction in rulings that tend to favor the parent who wants to keep the child in India."

Jeremy Morley, a New York lawyer who specializes in international family law, says India is "a safe haven for child abductors" in part due to its slow-moving court system.

"An abductor has ample time to create facts on the ground in terms of getting the child sufficiently settled into life in India as to justify an Indian court in ultimately deeming that it is best to keep the child in India," Morley writes on his Web site.

Among them is Avinash Kulkarni, 45, of San Diego, who says his son — then 6 months old — was taken back to India by his ex-wife in 1990, and 18 years passed before he saw his son again. He said he won a civil case against his ex-wife in 2001, but made no headway with the Indian legal system in his efforts to make see his son.

"In India, the whole concept of human rights and fairness is nonexistent compared to here," he said. "Fighting that is a losing battle. ... I lost my prime years trying."

Another father, Vipin Gopal, said he has been unable to exercise custodial and visitation rights granted by courts in Connecticut after his daughter was taken to India by his ex-wife four years ago.

He hopes the U.S. intensifies pressure on India to cooperate as part of the broader efforts to expand bilateral ties.

"Recently, during a visit to India, the Obama administration negotiated multibillion dollar trade deals and supported a U.N. Security Council seat for India," Gopal said. "But if we can't negotiate with India about the basic rights of our own children, that's where America as a nation fails."

Rex Arul, an energy consultant from Smyrna, Ga., is trying to regain custody of his 3-year-old daughter, who was taken back to India in July by his wife, a corporate attorney, in the midst of wrangling over a divorce. Arul says he subsequently obtained a U.S. court order awarding him custody, but is not optimistic.

"The cards are stacked against me," he said. "The Indian courts always say the priority is the child's best interest, but in the end it's always rewarding the abductor."