Argentina and the Hague Abduction Convention 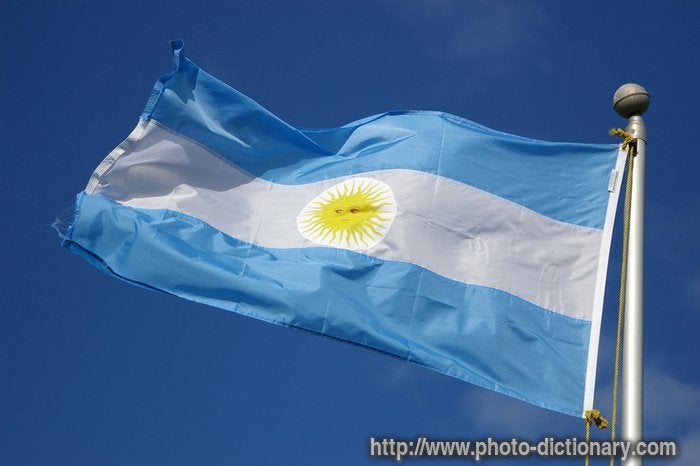 The Office of Children's Issues of the U.S. State Department's Bureau of Consular Affairs, has recently released the annual report on Hague Convention compliance. The report details various issues of non-compliance with member countries. It places countries under two categories; “Not Compliant” and “Demonstrating Patterns of Noncompliance,” with the former category signaling more serious compliance problems. The 2011 report succinctly stated that Argentina is a country having “enforcement concerns.” This year, Argentina has been classified “Not Compliant.” The text of the report follows here, as well as some case summaries demonstrating the reason(s) why Argentina has been categorized as noncompliant.


Patterns of Noncompliance with the Convention:
Argentina
-Argentina demonstrated patterns of non-compliance in judicial performance. The USCA is not aware of any successfully enforced order for return from Argentina to the United States since 2006. In 2011, the USCA continued to observe significant delays in the execution and enforcement of return orders under the Convention. In one longstanding case, the Supreme Court upheld an order for return in December 2010, but has stayed enforcement of the order pending the left-behind parent's fulfillment of several undertakings regarding the taking parent's immigration status and financial requests. These particular undertakings go well beyond the scope of the Convention.

-The USCA and the Argentine Central Authority (ACA) maintain an excellent working relationship. The ACA has been extremely attentive and very responsive to USCA inquiries, and provides prompt status updates on cases. However, the USCA has concerns regarding the working relationship between the ACA and the Departamento de Cooperación Internacional (General Prosecutor's Office, or GPO), which assigns public defenders to left-behind parents in need of pro-bono legal assistance. The USCA noted the ACA had great difficulty contacting and communicating with the GPO during the reporting period, particularly with offices outside Buenos Aires. Public defenders in two cases were not responsive to the ACA, USCA, U.S. Embassy, or to left-behind parents' inquiries, which resulted in excessive delays in scheduling Hague hearings and left-behind parents unable to communicate with their legal counsel. One of these cases, filed in 2009, has not yet had a Convention hearing after more than two years.

1. Abducted/Retained June 2008, Application Filed July 2009
The first hearing on the Convention application occurred in November 2009. In August 2010, the left-behind parent (LBP) initiated a non-Convention proceeding in family court; that court recognized a U.S. court order awarding the LBP sole legal custody and physical custody of the children. In October 2011, the court hearing the Convention case refused to recognize the custody order and denied return under the Convention. An appeals court reversed the decision and ordered the family court to execute the order of return. The taking parent (TP) appealed to the Supreme Court, which has not yet issued a decision. The USCA and U.S. Embassy Buenos Aires have regularly requested updates from the ACA on court proceedings.

2. Abducted/Retained August 2009, Application filed June 2010
No hearing on the Convention application has been scheduled. In December 2010, the ACA informed the USCA that the LBP's attorney was no longer handling the case and the court assigned two public defenders in February 2011. For nine months the public defenders did not respond to communication from the ACA, USCA, the U.S. Embassy, or the LBP. In October 2011, the court appointed another public defender. In November 2011, the USCA convened a conference call with the LBP and public defender. The public defender is working with the court to schedule the first hearing in the Convention proceeding. The USCA and U.S. Embassy Buenos Aires have regularly requested updates from the ACA on the progress of setting a Hague hearing date.

3. Abducted/Retained September 2009, Application Filed December 2009
The court ordered the child's return under the Convention in May 2010. The TP filed a complaint against the court, and also filed an appeal of the Convention return order. On October 28, 2010, the appellate court decided not to hear the appeal of the return order until TP's previous complaint was heard. Both the complaint and appeal are still pending the appellate court's decision. The LBP's attorney filed motions asking the court to address the appeal urgently and the ACA has reminded the court of the importance of reaching a prompt decision under the Convention. The USCA and U.S. Embassy Buenos Aires have regularly requested updates from the ACA on court proceedings.

4. Abducted/Retained January 2009, Application Filed April 2009
The court ordered the child's return in November 2009. The TP appealed. In May 2010, the appellate court rejected the TP's appeal and affirmed the ordered return of the child to the United States. In August 2010, the TP filed an “extraordinary appeal” with the Supreme Court of Argentina, which dismissed the appeal and ordered the lower court to execute the return order. In April 2011, the Argentina's Ministry of Interior denied the TP's request for asylum because she is an Argentine citizen and thus had no basis for seeking asylum. In November 2011, the court stayed the execution of the return order until undertakings requested by the TP are met, which require that the United States grant the TP legal permanent residency and that the LBP provide financial support and health care to the TP. The USCA and U.S. Embassy Buenos Aires have regularly requested updates from the ACA on court proceedings.

5. Abducted/Retained August 2008, Application Filed April 2009
The court interviewed the child in accordance with the U.N. Convention on the Rights of the Child. During the interview, the child stated that he wanted to stay in Argentina. The court determined it would not continue with the case until the LBP responds to domestic violence allegations, provides a U.S. police report, and provides information regarding whether the TP will be able to reside and work in the United States until 2014. In August 2011, the ACA indicated that the TP presented documentation to the court, from the LBP, authorizing the TP to seek the permanent residency of the child in Argentina. The USCA is waiting to receive confirmation from the LBP regarding this matter. The USCA and U.S. Embassy Buenos Aires have regularly requested updates from the ACA on the progress of scheduling a Hague hearing.

The report can be found in its entirety at:
http://travel.state.gov/pdf/2012HagueComplianceReport.pdf
For more information on Argentina and Child Abductions, please follow this link to our website:
http://www.international-divorce.com/ca-argentina2.htm