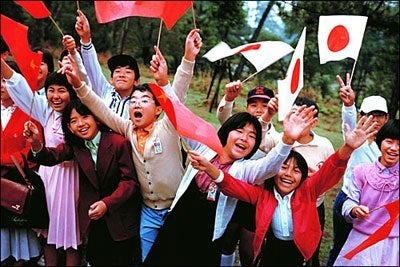 If the article below is accurate one may ask why Japan is even bothering to pretend to comply with the Hague Abduction Convention. The article states that if a Japanese court orders that an abducted child should be returned to the country of the child's habitual residence the child will nonetheless not be removed from the abducting parent if that parent refuses.

I sincerely hope that the Mainichi article is inaccurate for otherwise it would mean that a Japanese return order would effectively be totally unenforceable.

As a result, the country's Supreme Court could release guidelines to regional courts around the country by the end of the month regarding how to approach the matter of removing children from the custody of one of their parents.

The guidelines clearly advocate that such removal pay close consideration to children's physical and emotional well-being. "Children will not be forcibly taken if it is against their will, or if their parent refuses to let them go," the procedures state.

Such ground rules will also go into effect for non-international cases, where parents are involved in disputes over child custody within Japan's borders.

The Hague Convention stipulates, as a rule, that children under age 16 who have been abducted by one parent and taken overseas must be returned to the country where they were living originally. According to the newly passed law, if the parent in Japan has not returned the children in two weeks following the issue of the court order, an enforcement officer is authorized to take the children away.

In order to avoid a negative impact upon children's physical and mental well-being, the high court orders are expected to specify that the parent must be present -- and permission received from the day care or school principal -- in cases where children are removed in a school setting; and that children may also be taken away while sleeping.

The number of domestic cases in Japan where parents do not comply with child custody court orders following divorce is on the increase, with a total of 131 such incidents last year. In such cases, the court enforcement officers have had to remove the children coercively.

While the new law paving the way toward the international Hague treaty makes it clear that the parent must be present when the child is taken away, this has not been the case with respect to disputes within Japan's borders. Here, court enforcement officers have sometimes taken children away while they were at school or traveling between school and home -- thereby causing conflict with parents.

The ground rules were compiled following meetings held in January and February of this year, where some 150 judges and court enforcement officers from around the country exchanged views on the matter. At this time, numerous participants expressed the opinion that children should, as a rule, be taken away within the home setting only. In response, the forthcoming Supreme Court guidelines are poised to include this stipulation.