UK: Couples should be able to divorce without going to court, says top judge 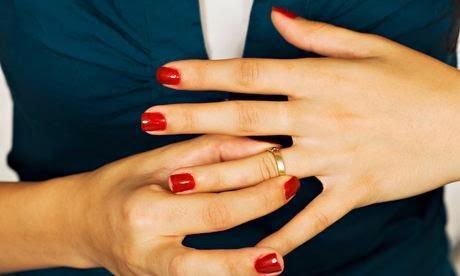 Couples agreeing to divorce by consent should be able to arrange their own separations with a trip to the registrar rather than having to go to court, the most senior family judge in England and Wales says.

Calling for radical streamlining of matrimonial law, Sir James Munby, president of the high court's family division, also urged ministers to give unmarried couples living together the same rights as married couples, warning that some women are being "thrown on the scrapheap" without any financial support if their relationship ends.

In a speech on Tuesday Munby said divorce proceedings should be split from the process of dividing up assets, allowing for less painful and quicker separations. "Has the time not come to legislate to remove all concepts of fault as a basis for divorce and to leave irretrievable breakdown as the sole ground?" he asked. Uncontested divorces, he suggested, could do away with "judicial supervision" entirely, with couples instead simply recording their separation with a "registrar of births, deaths, marriage and divorces", an idea likely to cause some controversy.

"May the time not come when we should at least consider whether the process of divorce still needs to be subject to judicial supervision?" he asked.

On the rights of unmarried couples, Munby said: "If a marriage is terminated by divorce, the court has power to redistribute the matrimonial assets between the spouses. There is no such relief for cohabitants when their relationship breaks down, however long their relationship has lasted.

"This is an injustice which has been recognised as long as I have been in the law. Reform is desperately needed. The Law Commission has recommended reform. Thus far governments have failed to act. "Reform is inevitable. It is inconceivable that society will not right this injustice in due course. How many more women are to be condemned to injustice in the meantime?"

Asked whether removing all traces of blame from divorce would mark a significant change in marriage, Munby said: "In practical terms it will make very little difference. For 30 years we have had divorce by consent. In reality many divorces go through by consent in the sense that the parties agree the grounds of unreasonable behaviour before the petition is issued."

Removing blame from divorce would introduce "intellectual honesty" to the system and get rid of the unnecessary complexity required to prove that a husband or wife was at fault, Munby added.

"I don't see how this in any way will undermine marriage or the sanctity of marriage," he added. Since 22 April all separating couples have been required to attempt to resolve the terms of their separation through mediation before they embark on costly court hearings. Munby admitted that reluctance to enter mediation and the increase in unrepresented individuals were putting pressure on the courts system. "[We have] not yet sold to the general public [the benefits of] mediation. That's why we are in the almost crisis situation we are in at the moment."

Judges will have to become more active in directing court proceedings where couples no longer have lawyers to support them in court.

"We will need to make our judicial processes more inquisitorial," he said. "We will need to think anew about the appropriate roles in the courtroom of McKenzie friends and other lay advisers."

Judges can no longer simply be "umpires" in an adversarial dispute, Munby explained. The judges should set the agenda in court, he suggested, although he did not envisage continental procedures where an inquisitorial judge entirely dominates the process.

Munby's comments on marriage were immediately criticised by one legal commentator. Marilyn Stowe, a partner at Stowe Family Law, said: "Divorce is the dissolution of a legally binding contract of marriage. It forms the basis from which finances and child-related issues are legally regulated following the breakdown of a marriage. As such I believe it should remain a legal process. If it is removed from judicial supervision it could also be open to abuse."

A Ministry of Justice spokesperson said: "We are committed to working with the judiciary to improve the family justice system so divorcing couples can achieve the best possible outcomes for themselves and their families, using the courts only where necessary.

"The government has no current plans to introduce 'no-fault divorces' or amend the laws around cohabitation."