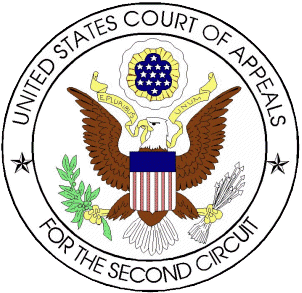 In an important decision issued yesterday, the U.S. Court of Appeals for the Second Circuit has ruled that the return of a severely autistic child to Italy under the Hague Abduction Convention would pose a “grave risk” of harm to the child sufficient to require the denial of the Hague return petition. Ermini v. Vittori, --- F.3d ----, 2014 WL 3056360, C.A.2, July 08, 2014.

Moreover, the Court ruled that autistic child's brother should also not be returned in light of the brothers' close relationship, because separating siblings is normally inappropriate and also because of the father's physical abuse..

The basic facts concerning the autism issue were undisputed. The family had moved to New York, perhaps temporarily, to secure treatment for the autistic child. The mother's expert medical witness testified that the child had significantly progressed as a result of the treatment; that, if the child were to be removed from his educational program and not provided promptly with an analogous program, he would face a severe loss of the skills that he had successfully developed since beginning his program, including his ability to develop cognitive, linguistic, social, and emotional skills; that any “hope for [the child] to lead an independent and productive life” depended on his participation in a program such as the one that he attended on a daily basis; that this particular program was not available in Italy; and that if the child were to be removed from this program, he would “cease to be able to learn to write or to talk and w[ould] most likely never learn to read.”

The Court noted that this was the first occasion for it to consider this kind of psychological harm pursuant to Article 13(b). It noted that Article 13(b) explicitly lists “psychological” harm and “physical” harm as appropriate harms for triggering the Convention's affirmative defenses, both of which are implicated by a developmental disorder such as autism.

The Court then held that the facts as found by the district court below “lend themselves straightforwardly to the conclusion that the risk of harm was grave.”

Second, the court's finding that the child would lose the ability to develop cognitive, emotional, and relational skills, and potentially lead an independent life, if removed from his current therapy and repatriated, established harm of a “severe” magnitude manifestly sufficient to satisfy the exception. The harm, in fact, was “of such a severity that it threatens to strike to the very core of the child's development individually and of his ability to participate as a member of society.”

The Court also found it significant that, “in similar circumstances, our sister signatories have found the risk of harm in removing an autistic child to be sufficiently grave.” In this regard it cited decisions from Canada (J.M.H. v. A.S., [2010] 367 N.B.R. 2d 200 (N.B. Fam. Ct.)) (concluding that the risk to the wellbeing of a child who exhibited signs of autism in removing the child from treatment was sufficiently grave); and Australia (DP Commonwealth Cent. Auth., [2001] HCA 39 (High Ct. Austl.)) (finding that a lack of adequate treatment facilities for a child with autism in his country of habitual residence was a reason for refusing to return the child).

The Court also ruled that there was sufficient evidence of violence and physical abuse by the petitioning father to constitute a “grave risk” of harm to the children but it did not analyze whether such risk could be sufficiently ameliorated by remedies available in Italy. However the existence of such abuse was of some relevance to the issue of whether the autistic child's brother should be returned. On that issue, the Court simply held that “in light of the children's close relationship to each other, and, significantly, the conclusion we reached with respect to abuse, we determine as well that it was not error for the district court to decline to separate the children. See Ermini, 2013 WL 1703590, at *17 (“Courts in this Circuit have frequently declined to separate siblings, finding that the sibling relationship should be protected even if only one of the children can properly raise an affirmative defense under the Hague Convention.”).

The Second Circuit's decision is also important for its statements on habitual residence, which will be analyzed separately.

*Jeremy D. Morley handles cases under the Hague Abduction Convention in New York and, with local counsel, throughout the United States.