The Hague Abduction Convention in Paraguay 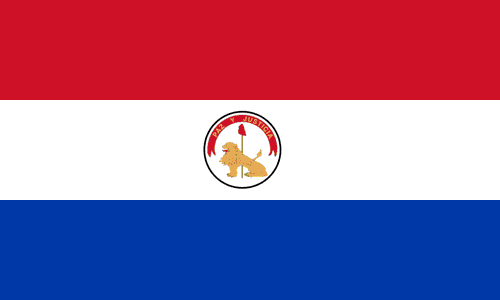 Concentration of Jurisdiction under the Hague Convention of 25 October 1980 on the Civil Aspects of International Child Abduction: Paraguay

By María Eugenia GIMÉNEZ DE ALLEN, Judge of the Court of Appeals for Children and Adolescents, Central Department, Asunción, Paraguay

Some facts about Paraguay

Firstly, I consider it important to provide some facts about my country, the Republic of Paraguay, in order to better assess the suitability of concentrated jurisdiction for handling cases involving the international return of children. Paraguay, according to Article 1 of its Constitution, “is a social State under the rule of law, which is unitary, indivisible, and decentralised.” Paraguay has an area of 406,752 km2, and, according to official figures from the latest census of 2012, a population of 6,672,631 inhabitants. The Judiciary of Paraguay is decentralised in 17 Judicial Districts, with a total of 39 Courts of First Instance for Children and Adolescents. These courts have exclusive jurisdiction in cases relating to the rights of children and adolescents, i.e., they are courts specialised in these matters. In summary, there are 39 judges across the country with authority to judge a case on the international return of children in the first instance, not including judges at higher judicial levels who could have jurisdiction in these matters.

Paraguay does not currently have what would be called concentrated jurisdiction, and thus the resolution of these issues would fall to any of the Judges of First Instance for Children and Adolescents. Under current regulations, the judge of the place of habitual residence of the child or adolescent has the authority to resolve a request for the international return of children, under the international legal instruments ratified by Paraguay: the Hague Convention of 25 October 1980 on the Civil Aspects of International Child Abduction (hereinafter the 1980 Child Abduction Convention) and the Montevideo Convention of 15 July 1989 on the International Return of Children.

Training by the Judges of the Network

Training in the application of international treaties involves the Judges of the International Hague Network of Judges in particular, who have the important role of contributing to the organisation and participating in training seminars where best practices on the correct application of legal instruments in this area are publicised. It is a function of the Judges of the Network to advise colleagues on jurisdiction issues in relation to international treaties and other legislation, and on existing relevant international jurisprudence, without breaching the independence of each judge in solving every dispute subject to their decision.

It can be said that Paraguay has made significant progress with the appointment by its Supreme Court of two judges as members of the International Hague Network of Judges, who are fulfilling, in practice, this important role of training and advice to fellow judges on the correct application of international instruments.

A change in the rules

In my opinion, the implementation of concentrated jurisdiction in the Paraguayan legal system would require legislation providing for this change, as it would entail changing rules of jurisdiction laid down by the law, bearing on issues of public order.

In closing, I would like to state that concentrated jurisdiction certainly has significant advantages; however, considering the circumstances of my country (territory, population, legislation and judicial organisation), at present, the training of justice operators is the most practical way of achieving the correct application of legal instruments on the international return of children in the Republic of Paraguay.