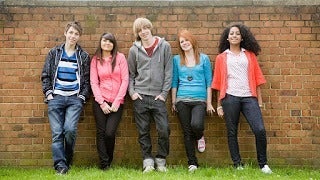 In a hotly-contested case that I won in the U. S. District Court for the Eastern District of New York on Friday the trial judge found that a child who had just turned twelve was of sufficient age and maturity for his views to be considered and then ruled that his objections to being returned to Greece were objectively valid reasons.

In sharp contrast, a New Jersey federal judge ruled last month that the exception would not apply to two children, aged 15 and 12, both of whom stated that they would prefer to remain in the United States.De La Vera v. Holguin, 2014 WL 4979854 (D.N.J. 2014).

The difference was that the in the New York case the child was found to be an “unusually mature child” while in the New Jersey case only one child provided any specific reasons for her preference o remain in the United States.

Moreover, in the New York case we proffered expert testimony from a psychologist with unusually solid credentials in child development to refute claims that the child's views were unduly influenced by his mother, whereas apparently no expert was called in the New Jersey case.

Finally the New Jersey court was greatly concerned about the fact that, by the time of trial, the children had already been in the United States for almost two years, stating that, “It is understandable and predictable that they have a far closer connection with their mother, with whom they have lived for this extended period, than with their father. But all of this is, at least in significant part, a direct result of their wrongful retention here by Respondent.” In contrast, in my New York case we adduced evidence that the child had expressed his wishes to remain in the United States as soon as he arrived here.