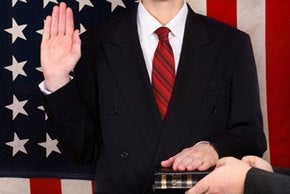 International family lawyers are frequently called upon to act as expert witnesses.

Such testimony is often secured in cases concerning international child abduction, particularly in cases in which one parent is seeking to prevent the other parent from having overseas visitation with the child or relocating with the child to another country. However it is also useful in a myriad of other cases.

-The factors that indicate that an individual is likely to commit an international child abduction;

-The degree of the risk of an international child abduction that is presented by an individual having specific risk factors;

-The sufficiency of terms of a proposed custody order in preventing a potential international child abduction;

-The likelihood that a foreign country will return an abducted child;

-The lawyer's experience with and knowledge of a specific legal system;

-The division of foreign marital assets;

-The discovery of hidden marital assets; and

-The enforcement of foreign divorce and custody judgments.

Mr. Morley has submitted evidence as an expert in courts in the United States, Canada and Australia, in the form of testimony, affidavits or affirmations, as to such international family law matters as:

-The terms that should be in a custody order that will allow international visitation but will minimize the risk that the child may not be voluntarily returned;

-The family law system in Japan;

-The fact that particular left-behind parents would be unable to secure any meaningful assistance from the Japanese courts (many cases);

-The extent of Italy's compliance with its obligations under the Hague Convention;

-Whether certain actions committed by a parent constituted international parental child kidnapping within the meaning of the International Parental Kidnapping Crime Act;

-The rampant and scandalous misuse by many divorcing spouses ofIndia's so-called "anti-dowry law";

-The enforceability in the United States of a proposed English shared residency order;

-The unenforceability in New York of another proposed English residency order;

-Whether a particular divorce case should be heard in a U.S state instead of in England;

-Whether Japanese non-judicial divorces would be recognized in U.S. courts;

-Whether the issuance of multiple passports for a child will enhance the risk that the parent might abduct the child;

-The potential recognition in a U.S. state of an Iranian divorce; and

-Whether a parent had "rights of custody" within the meaning of the Hague Convention under the laws of a U.S. state.