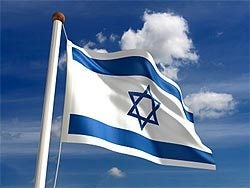 JERUSALEM — With more than 200 in attendance from both the Legal and Rabbinic worlds, Tzohar and The Israel Bar Association launched the new Prenuptial Agreement to protect and assist the future of Jewish marriage.

“It's the first time that a large group of rabbis have come together and approved such an agreement,” Rabbi David Stav, Chairman of Tzohar, who recently ran for Ashkenazi Chief Rabbi of Israel, told Tazpit News Agency. The agreement, spearheaded by the Religious Zionist Rabbinic organization, gives the soon to be married couple an extra sense of security in the event of divorce, working to limit the distress and pain suffered by the refusal of giving or receiving a religious divorce, a Get. The agreement meets the requirements of Israeli law and policy according to the legal courts as well as Jewish law and halacha.

“We are dealing with a reality where between 30 to 40 percent of couples in Israel today get divorced,” said Rabbi Stav. That statistic has always been traditionally lower in Israel when compared to the United States, where the divorce rate is estimated around 50%, Russia at 60% and Belgium at 70%.

While other individuals and organizations have raised the issue, Tzohar is uniquely positioned to push it to widespread use and implementation according to the organization. With a vast network of Rabbis all over Israel and as one of the main facilitators of marriages in Israel, Tzohar's reach and influence can change the perspective of newlyweds and help save families from the potential pain and devastation of chained marriages.

“No one deserves to stay chained in a terrible marriage, where often times the only way out is monetary payments,” added Rabbi Stav, who is the chief rabbi of Shoham. “This agreement can and should become the norm in Israeli society to ensure that the end of a marriage and separating from your partner be treated with respect and dignity.” “The response from the Israeli public has been very positive to this decision,” said Rabbi Stav. “We want the Israeli public to trust rabbis in their process of marrying and establishing families. We are here to give an answer to difficult situations that arise for couples.”

“If this agreement was available to me a few years ago, my life's story would likely have been very different,” said Dorit Stern, who was refused a religious divorce for six years. “A person who is in this situation is stuck – can't move on, can't get married, can't have children. The solution to this problem exists and I'm so glad that someone finally is standing up and working to do something about it.”

“It took us six years and 16 versions to finalize it,” said Rabbi Elisha Aviner from Ma'aleh Adumim. “We created an agreement where stage one is to try and save the marriage in the event that one of the parties wants to. Only after that process is explored is the decision to activate the terms of legally binding agreement decided upon. Our dream is that the agreement will never need to be used, but if it does, it should help provide for a fair process of separation.“

The Ashkenazi Chief Rabbi of Jerusalem, Rabbi Aryeh Stern also supports the agreement. “I wasn't sure if I should take part in this initiative, but after checking and seeing what it is all about, I saw that it was the best way to prevent the situation of agunot,” said Rabbi Stern. “This is something very important for the Jewish family.”

“With the launch of this new historic agreement, we hope to make the lives of newlyweds better and more meaningful, so that if, God forbid, the marriage breaks up, it will be done in a fair and respectful manner,” concluded Rabbi Rafi Feuerstein, one of the founders of Tzohar.

Silverman is a staff writer for the Tazpit News Agency in Israel.