What is International Family Law? 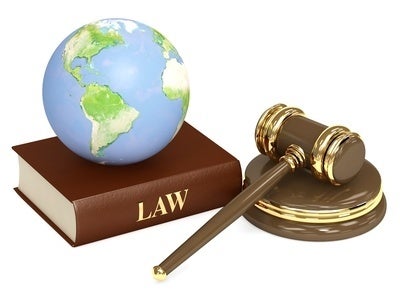 International family law is a loose term that describes any and all family law matters that have an international element. That element may be that a spouse, a spouse-to-be, or a child is a national or domiciliary of another country. Or it may be that the spouses are in a country other than their country of origin, or that a child is away from its country of origin, or that spousal assets are in another country. It may even include a family that lives in the country of origin of all members of the family, one of whom might in the future be located overseas or have assets overseas. As such it could encompass almost all families since it is now the norm for families to have at least one member who is out of the country at some point of time.

International family law is a fast-growing area. More and more people are residing internationally and experiencing international relationships. Americans travel and spend time overseas much more than before and immigration into the United States continues unabated. There is also an explosion in remote relationships as the Internet allows people to link up with anyone in the world. Consequently, many more relationships in this country now have an international component.

International relationships are particularly prone to breakdown because of the additional pressures that result from differences in culture, language, and religion and the issues that may arise from such factors as extended family involvement, particular economic pressures that international relationships often create, immigration or emigration difficulties, and job transfer problems.

Paradoxically, while we live in an era of globalization and instantaneous international connections, family laws remain almost completely local and parochial. Family law is handled in the United States at the state level. Although the differences between the states as to family law have been reduced in recent years, as a result of federal legislation in some areas (e.g., child support), the promulgation of uniform laws in other areas (e.g., child custody), and a general trend towards uniformity in all matters across the country, changes in family law are made by state legislatures. Elsewhere, family law continues to be the domain of nation states and to be interwoven with local culture, religion, and history. Within some regions, of which continental Europe is the prime example, there is a trend towards some regional standardization of family laws but in general nation states continue to guard, often jealously, their sovereign right to promulgate family laws that purport to be right for their local society.

Moreover, family law changes at a far slower pace than society in general. While the numbers of non-marital heterosexual partnerships and of same-sex relationships are growing enormously, at least in the Western world, most countries have still not fully reformed their family laws to accommodate these trends. Likewise, while the model of a family unit that is permanently located in one particular jurisdiction is in fact becoming increasingly outmoded, divorce laws generally remain wedded to the idea that marriages should be governed by the law of the one certain place to which they “belong.”

What international family law is and is not

There is really no such thing as “International Family Law.” Clients and even some lawyers who do not know this area of the law often ask, “What is the international law?” on such issues as, “Which court has jurisdiction of my divorce case?” or “Will my marriage be recognized?” The answer invariably is that “international law” does not apply and that the question cannot be answered without first knowing which country (and often which state or province within a country) will be the forum in which the issue will be raised, then by determining and applying the law of that particular jurisdiction as to which country's or state's law will apply, and then by applying that local law.

International family law is really nothing more than domestic family law as it applies to the international aspects of a case. There are some international treaties that apply to some of these cases, the most prominent of which is the Hague Convention on the Civil Aspects of International Child Abduction, but they apply only because they have been incorporated into domestic law and only to the extent of that incorporation. Although the United States Congress has power to enter into binding international treaties, in the area of family law it has done so rarely. In any event, such treaties are generally brought into domestic law by specific legislation. There is no international court that applies or enforces treaty obligations in the area of U.S. family law. Within regional country groupings, international regulation of family law matters may be somewhat supranational in nature, as is the case with the European Union, but the United States is not a member of any such organization.

Even when international treaties concerning family matters have been brought into domestic law, their interpretation and enforcement is handled at the local level. Consequently there may be substantial variance in the meaning and effect of those treaties as they are applied by local courts and enforced by local authorities. For example, the terms “right of custody” and “habitual residence” in Article 3 of the Hague Abduction Convention are interpreted in very different ways in different U.S. circuits and in foreign countries, despite the fact that the courts in the U.S. and the U.K., for example, have asserted that there should be “an autonomous meaning, a meaning independent of that which they would be given in the domestic laws of any of the states parties.”

An international family lawyer is usually a collaborator who works well with local family lawyers in other jurisdictions, whether of a similar legal heritage or an entirely “foreign” one. While an American lawyer will be reasonably comfortable collaborating on a U.S.-Australian case with an Australian lawyer who not only speaks English but also is trained in and works in a common law based on English notions of stare decisis, it will be far more challenging in a U.S.-French, a U.S.-Chilean, or a U.S.-Japanese case for an American lawyer to work with a French, Chilean, or Japanese counterpart. The language challenges are likely to be far more surmountable than the challenges of understanding enough of the foreign law to be able to make a useful contribution to decisions of importance to a client.

It is generally important that the international family lawyer should have, or develop, an international network of lawyers around the world with whom to collaborate.

Qualities required to succeed as an international family lawyer

International family law is intellectually stimulating. This author loves it because the skills that it requires are not those of the conventional divorce lawyer but include the following:

The responsibilities that may be owed to other members of a spouse's family;

The involvement in family life of other members of a spouse's family;

The position of the trailing spouse overseas;

The needs and concerns of children who are relocated to foreign climes.

Understand the other party's goals;

Understand the law that currently governs the situation;

Understand the client's position in life;

Understand the other party's position in life;

Determine what needs to be done to allow the “best” jurisdiction to take the case; and

Brainstorm with the client as to how to create the “facts on the ground” that will allow that “best” jurisdiction to take the case and that will preclude other jurisdictions from doing so.

The focus will often not be on financial matters. For expatriates with children the overwhelming issue is more often that of how to get back “home” with the kids and how to make sure they are then not taken back overseas. Even here, though, money may play a large role since a party who asserts viable financial claims may gain crucial leverage to use in negotiations about children.

International family law is not easy. Far from it. Done well it is incredibly challenging, thought-provoking and intellectually taxing. Each case is a new puzzle to solve and some of the puzzles are really tough. Would we want it any other way?