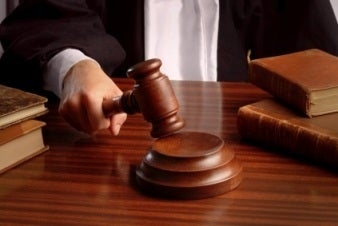 The United States District Court for the Eastern District of New York (Judge Pamela Chen) in Adamis v. Lampropoulou (decision dated May 14, 2015) dismissed the petition brought under the Hague Abduction Convention by the Greek father of a 12 year old boy who was habitually resident in Greece and was taken to and retained in New York by the respondent mother. My office represented the respondent mother.

This case raised difficult issues of consent and of the age and maturity exception, which ultimately the judge sensibly determined on the basis of the credibility of the parties and on a lengthy interview with the child.

The Court found the child to be an exceptionally bright, thoughtful, sociable and well-adjusted adolescent; that his reasons for wanting to remain in the United States were rational and well-considered: (1) superior educational opportunities, especially in his areas of interest, i.e., science and computer science; (2) the chance to participate in a wide range of extracurricular activities; (3) an abundance of relatives with whom he was very close; and (4) more and better friendships; and that the sincerity and rationality of his motivations and desires was corroborated by testimony of his family members.

The Court also found that the credible evidence established, by a preponderance, that, the petitioner had consented to the child moving with his mother and sister from Greece to the United States. The evidence included the testimony of the mother, the child and the child's adult half-sister “as corroborated by” an audio recording of the petitioner stating that he had given permission for them to move.

One legal issue that arose was that of the burden of proof of consent. The International Child Abduction Remedies Act (“ICARA”) provides, 42 U.S.C. 11603(e)(1), that the petitioner “shall establish by a preponderance of the evidence … that the child has been wrongfully removed or retained within the meaning of the Convention.” This appears to place the burden of proof of the lack of consent to a removal on the petitioner.

On the other hand, Article 13 of the Convention provides that a child need not be returned if the petitioner “had consented to or subsequently acquiesced in the removal or retention” and ICARA provides (42 U.S.C. 11603(e)(2)), that “a respondent who opposes the return of the child has the burden of establishing … (B) by a preponderance of the evidence that any other exception set forth in article 12 or 13 of the Convention applies.”

Judge Chen ruled on this issue that that the burden of proof of consent lays upon a respondent. She explained that, “As other courts have recognized, there is an inherent tension between deeming, for purposes of Petitioner's prima facie case, that D.A.'s removal from Greece was "wrongful," and then determining that Petitioner ultimately consented to D.A.'s move. See, e.g., In re Kim, 404 F.Supp.2d 495, 515 n.38 (S.D.N.Y. 2005) (citing Paul R. Beaumont & Peter E. McEleavy, The Hague Convention on International Child Abduction 131 (P.B. Cartered 1999) ("`[I]f a custodian consents to a removal or retention, can those acts be described as wrongful?'")). The Court agrees with the In re Kim court in viewing this issue as "one of burden" and consent as a defense once a prima facie case of wrongful removal is established. Id.”