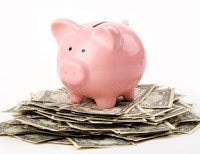 Clients sometimes propose all kinds of provisions for prenuptial agreements that are intended to control their beloved's future activities. These so-called “lifestyle” terms may state that they'll have some sex, lots of sex, no sex or kinky sex. They might give a “bonus” for losing weight, staying faithful, or being nice to a mother-in-law or they could include a penalty for adultery, or for not doing the dishes.

Merely by way of example, lifestyle provisions are probably invalid in Australia, in most but perhaps not all Canadian provinces, in New Zealand, and probably in the civil countries of Europe and South America.

And in international prenuptial agreement situations it is not merely a matter of ensuring that a chosen law would likely uphold such a provision. These issues are generally considered to be matters of public policy, such that even if a lifestyle clause could pass muster under the law that the parties choose to govern their agreement, it would be necessary to consider whether the public policy of the forum state would be violated by such a term.

Lifestyle clauses must always be accompanied by provisions that the invalidity of one term should not invalidate the entire agreement.

A danger that arises from a lifestyle clause is that it might be indicative of extreme one-sidedness, and that it would therefore provide substantial support for a subsequent claim that the agreement is unfair or unconscionable or was involuntarily entered into.

The place where lifestyle clauses seem to be most sought-after is California, where movie stars want control. However California has clearly ruled that clauses that penalize a spouse's drug-taking or sexual infidelity will not be enforced.

When parties are contemplating a prenuptial agreement that might need to be enforced in foreign jurisdictions, lifestyle terms should not be included unless their potential reception in such jurisdictions is first carefully researched, and the impact of a provision that the balance of an agreement will survive the invalidity of one term is also considered.

All too often the international enforceability of prenuptial agreements is not adequately considered by clients and family lawyers.