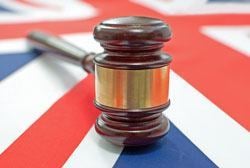 In an interesting case on habitual residence, on July 30th an English court ruled that a 15 year old child passing through England en route “home” from Switzerland to Zimbabwe had no habitual residence and that in the absence thereof England could and should assert custody jurisdiction under the 1996 Hague Child protection Convention. In the Matter of the Children Act 1989 and in the Matter of the Hague Convention of 19 October 1996 on Jurisdiction, Applicable Law, Recognition, Enforcement And Co-Operation in Respect of Parental Responsibility and Measures for the Protection of Children. [2015] EWHC 2299 (Fam).

The Court applied the test of habitual residence set forth in UK Supreme Court's cases of A v A and Another (Children: Habitual Residence) (Reunite International Child Abduction Centre and Others Intervening) [2013] UKSC 60 and  Re KL (A Child) (Custody: Habitual Residence)(Reunite: International Child Abduction Centre Intervening) [2013] UKSC 75. That test is "the place which reflects some degree of integration by the child in a social and family environment" in the country concerned.

Two further relevant points of principle were held to be as follows: i) That parental intent does play a part in establishing or changing the habitual residence of a child: not parental intent in relation to habitual residence as a legal concept, but parental intent in relation to the reasons for a child's leaving one country and going to stay in another. This should be factored in, along with all the other relevant factors, in deciding whether a move from one country to another has a sufficient degree of stability to amount to a change of habitual residence. ii) Where the child is older, in particular one who is an adolescent or who should be treated as an adolescent because he or she has the maturity of an adolescent, the inquiry into his integration in the new environment must encompass more than the surface features of his life there.

Applying this test to the facts of the case, the Court found that the child was not habitually resident in Zimbabwe, contrary to the assertion of his mother and despite his Zimbabwean nationality, because he had never lived there and had spent relatively little time there, and only when in residential school there.

Nor was he habitually resident in Switzerland, even though he had last lived there, considered it to be his home and wanted to remain there, because his Swiss residence permit had expired, he would be unlikely to be able to return there legally and the Swiss authorities insisted that he should not be considered to be habitually resident there.

Finally, he was not habitually resident in Canada even though he had sent several tears there because he had last lived there more than three years previously.

The English Court then determined that under the 1996 Convention, it had the power to assume jurisdiction when there was no habitual residence and a child was merely physically present in the United Kingdom, even through the child was not a U.K. national and had lived there. the Court stated that, “The court is satisfied the court has jurisdiction on the basis that [Name Withheld] had no habitual residence in any country at the time the court was seized and pursuant to Article 6(2) of the Hague Convention 1996 Convention the courts of England and Wales have substantive jurisdiction based on the child's presence here.”

Accordingly the Court upheld an interim care order that had been issued in respect of the child. The order placed him in the care of the London Borough of Sutton until the finalization of the proceedings and provided that an inquiry would be made through a lawyer qualified in Alberta, Canada to advise the Court on the feasibility and legality of placement options for the child in Canada, where his sister is living.