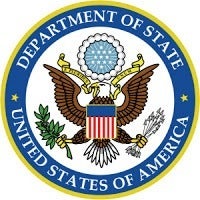 The Secretary of State's office advises judges that “the United States does not have exit controls.  This means that U.S. citizens may leave the country without interference from or detection by the U.S. government.  Additionally, the Department of State cannot track a child's ultimate destination through his or her use of a U.S. Passport if the child transits a third country after departing from the United States.  Further, U.S. citizen children may also have another nationality and travel on that country's passport making it more difficult to determine the child's whereabouts.”

Other countries, such as most South American countries, do not allow a child to exit the country when accompanied by only one parent without producing evidence of the other parent's consent or a court order authorizing the exit. These rules are significantly effective. Unfortunately, there are no such requirements in the United States. A child may leave the U.S. without anyone checking the child's papers and with no check on the connection between the child and whoever is accompanying the child, except that the airlines will make sure that the child has the papers that are required to enter the foreign country.

Proposals that the United States should impose similar rules are met with the claim that it would be prohibitively expensive to employ the officials that are needed to monitor the system and that it would interfere with freedom of travel. Suggestions that the responsibility should be placed on the airlines to require that anyone traveling alone with a child should produce appropriate documentation are met with the airlines' claims that it would be too heavy a burden on them.

However, the Department of Homeland Security operates a Prevent Departure Program that was created in the aftermath of 9/11 to stop non-U.S. citizens from leaving the United States. It may be useful to prevent an abduction if the correct court order is in place and if the person to be placed on the list is an alien. Either children or parents can be placed on the list if the necessary conditions are fulfilled.

Although the program was created in order to intercept known or suspected terrorists, criminals and other wanted individuals, the Office of Children's Issues at the U.S. State Department has been successful in extending it to include specific cases of prevention of international child kidnappings.

The program operates through the transportation industry and it provides a single, comprehensive prevent departure lookout database of subjects whose imminent departure can be flagged.

If a named abductor and/or child seek to leave the country by means of a public carrier, the transportation company is required to prevent the departure. Whether law enforcement will arrest the parent will depend on the terms of any arrest warrant or court order.

The requirements of the program are as follows:

The Government Accountability Office has asked the Department of Homeland Security to consider creating a program similar to the child abduction component of the Prevent Departure Program that would apply to U.S. citizens. Unfortunately that suggestion has not been acted upon.

Moreover, the International Child Abduction Prevention and Remedies Act provides that the Secretary of Homeland Security, through the Commissioner of U.S. Customs and Border Protection in coordination with the Secretary of State, the Attorney General, and the Director of the Federal Bureau of Investigation, “shall establish a program that (1) seeks to prevent a child … from departing from the territory of the United States if a parent or legal guardian of such child presents a court order from a court of competent jurisdiction prohibiting the removal of such child from the United States to a CBP [Customs and Border Protection] Officer in sufficient time to prevent such departure for the duration of such court order; and (2) leverages other existing authorities and processes to address the wrongful removal and return of a child.” However, no such program has yet been announced. 6 U.S.C.A. § 241.