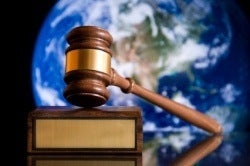 When comparing possible jurisdictions for international family law cases, it is frequently important to focus on procedural matters and not simply to compare the rules and practices concerning the division of assets, maintenance and other substantive issues. For example, while it is important to know how different courts will determine which assets are to be divided upon a divorce and how they will determine the appropriate proportions, it is often even more important to compare the discovery techniques of the jurisdictions being compared and the disclosure obligations imposed upon the parties in the various jurisdictions. Case in point: California is at one extreme in requiring real disclosure, while Austria, Japan and many other civil law countries are at the other extreme in requiring very little disclosure.

These distinctions became apparent in a matter in which we were asked to compare possible jurisdictions for a divorce case. (The facts have been changed for confidentiality purposes). We determined that the client could bring suit for divorce as well as for the consequential financial issues in either California or Austria. We also concluded (with local counsel) that the division of assets would yield similar results in both places and that, while child support might be better in one jurisdiction, it would be offset by better spousal maintenance in the other.

The challenge was that our client believes that the other spouse is hiding assets and that it will, therefore, be necessary to conduct disclosure in order to ensure that the hidden assets are brought before the court. Accordingly, we compared the disclosure rules, both as to how the rules appear in the statutory language and legal texts, and also as to how they are applied in practice.

In civil law jurisdictions, such as some European countries, the practice is for the parties to be required to present their own evidence to the court, but there are generally no procedures for a party to engage in self-directed discovery. All that a party can do is ask a judge to sort out the evidence that each side presents and hope that the judge will decide to call a witness. A litigant is not expected to disclose all of his or her assets, and there are no penalties for failing to do so. Litigants are widely expected to present evidence that supports only their position, just as their witnesses are expected to provide only information that presents their position in a positive light. It falls to the judges to sort the evidence and the testimony. They determine what evidence is germane to the proceedings and, in many civil law countries, they can call their own independent witnesses.

The contrast with American states, but most especially with California, could not be more extreme. Section 721 of California's Family Code requires each spouse to make full disclosure to the other spouse of all material facts and information regarding the existence, characterization, and valuation of all assets and to provide equal access to information. This duty persists until each asset has been divided by the trial court. Section 2100(c) mandates full disclosure of all assets and liabilities of each party in the early stages of a divorce proceeding, regardless of whether a party believes them to be community or separate property. Furthermore, the information must be updated when changes occur. The parties are required to exchange preliminary and final declarations of disclosure (Family Code, Sec. 2103). In order to deter nondisclosure, Section 2107(c) of the Code requires the trial court impose monetary sanctions if a party fails to comply with disclosure obligations. Sanctions shall be in an amount sufficient to deter repetition of the conduct or comparable conduct, and shall include reasonable attorney's fees, costs incurred, or both, unless the court finds that the non-complying party acted with substantial justification or that other circumstances make the imposition of the sanction unjust.

In In re Marriage of Feldman, 153 Cal.App.4th 1470, 64 Cal.Rptr.3d 29 (Cal.App. Dist.4 July 20, 2007), the California courts made it clear that, not only must a spouse respond fully to requests by the other spouse for documents and information about assets, but it is not necessary for a spouse to take the initiative in seeking such information.

The Fourth District Court of Appeal affirmed a trial court's order that a husband in a dissolution proceeding had to pay $390,000 in sanctions and attorney's fees to his wife because he did not disclose financial information. The parties had been married for 34 years, during which time the husband had formed many companies. He declared that his assets were worth over $50 million. Throughout the proceeding, he provided updates to his Schedule of Assets and

Debts, and responded to discovery demands from his wife's attorney. However, it was shown that he did not disclose several financial transactions, including a residence, a bond, a 401(k) account and several privately held companies.

The sanctions were ordered, even though there was no economic damage to the wife, who had learned of the non-disclosed assets before trial and had received her share of the assets. The court held that the wife need not prove damage because the sanctions were designed to deter repetition of non-disclosure and to encourage disclosure. The court stated that the husband had the duty to disclose material facts to the wife in writing; to supplement and augment the discovery continually; and to disclose material data immediately and before a new project.

The English courts require full disclosure and brook no nonsense when it comes to inferring nondisclosure. Similar principles apply in countries such as Australia, Canada and Singapore.

The contrast with civil law in Europe is dramatic. In California, the spouse with knowledge of personal financial matters has the affirmative and continuing duty of making disclosure and is at significant risk if the disclosure is insufficient. In civil law countries, the spouse with such knowledge has little or no obligation to disclose anything and may play "hide and seek" with assets in a "game" in which the asset-holding spouse can do the "hiding" and the other spouse has few methods of doing the "seeking."

Thus, in Austria, neither the General Austrian Civil Code nor the Austrian Marriage Act contains any explicit provisions obliging the spouses to provide each other or the competent authority with information on their income and assets. If a spouse demands a certain amount, the other spouse needs to show that his or her assets are not as claimed, but there is little or no way to force a thorough tracing of assets. In Germany, Section 1580 of the Civil Code requires divorced spouses to provide information to each other as to their income and assets, and the Code contains mechanisms to compel the delivery of such declarations, but there is little that a party can do in advance of trial to probe such declarations or to search for suspected assets.

In Spain, Article 774(2) of the Civil Proceedings Act authorizes the courts -- but not the parties themselves -- to request financial information that they consider necessary either from the spouses themselves or from third parties, especially for the purpose of deciding on the economic effects of divorce. If the spouses disagree on financial issues and the respondent refuses to divulge his or her assets or hinders efforts to obtain such information, the courts may resort to indirect proof or proof by circumstantial evidence in order to resolve such issues. This means that the power of an aggrieved plaintiff is extremely limited and he or she must hope that the judge is extremely proactive. Colleagues in Spain note that it is quite rare to find a proactive judge.

Therefore, in this pending matter, we concluded that the fact that California law imposes such a heavy responsibility on the other spouse to disclose assets, and the court has the power -- which it exercises strongly -- to punish a failure to make such disclosure, tilted the balance strongly in favor of bringing suit in California rather than in Austria.

There is virtually no discovery in Japan. The court or a party may make a “request for clarification,” requesting particular documents or answers to particular questions, but such requests are generally insignificant. In practice, judges merely urge the parties to submit relevant documents voluntarily.

Likewise, discovery is generally unavailable in China and Korea. A spouse who does not have proof of the assets held by the other spouse is generally unable to obtain any division of any such assets.

It is critical when comparing divorce jurisdictions to look beyond the letter of the law and to examine the actual ways in which divorce cases are handled in the respective jurisdictions in the real world. If your client is the party looking for assets, you must pay careful attention to the discovery rules in the potential jurisdictions and especially to the ways in which those rules are likely to be implemented in practice.