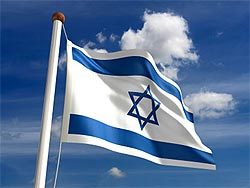 Below are extracts from a lengthy article on legal problems that arise in Israel from divorce in the ultra-orthodox Jewish community. We have represented several clients in similar matters, especially religious American Jewish clients with children in Israel or who have left Israel with their children. (We usually work as lead counsel in collaboration with local lawyers as appropriate).

I have included some statements in the article that I do not fully agree with.

‘They … Do Whatever They Want to Do Towards Women Like Me'

The ultra-Orthodox in Israel are allowed to live by their own rules. Which is why Sara Murray, a U.S. citizen, hasn't been allowed to see her children freely in 4 years.

The full article is available at: http://www.politico.com/magazine/story/2016/03/haredi-women-orthodox-israel-213747#ixzz48vGaR0oM

Once a week, Sara Murray puts on a headscarf to cover her hair, and a billowing shirt and pants to cover her ankles and wrists, and takes a bus to a small public building near the ultra-Orthodox Haredi community where she once lived, before the divorce that changed her life.

There, she checks in with two religious social workers, charged by the rabbinical courts with supervising her visits with her six children, now aged 8 to 18. She tries in every way she can to reach out to the four boys and two girls who've been taught that she's brought shame to their family. When she brings them food, they're scared to eat it. When she offers them gifts, they refuse to take them.

Murray, who was born in the United States and has joint U.S.-Israeli citizenship, isn't a criminal. Nor has she engaged in any behavior that would cause her shame in a modern, Westernized society like the United States or Israel. Her only offense was seeking a divorce in an ultra-religious community whose repressive policies, particularly on the role of women, are deeply offensive to most Israelis and other Westerners.

"The government doesn't stand up to cases like mine because they don't want to go against the rabbinical court.”

But, for having once joined the Haredi, she can't break free of its laws. Israel's government, seeking to appease the ultra-Orthodox parties that now make up a key part of Benjamin Netanyahu's right-wing coalition, has only empowered its religious courts. And, by both law and treaty, the United States must honor the rulings of Israel's rabbinical courts whose domain includes marriage and divorce.…

“They have so much strength to be able to do whatever they want to do towards women like me,” Murray said, referring to Netanyahu's coalition government and the policies of the ultra-Orthodox that it adopted. “The government doesn't stand up to cases like mine because they don't want to go against the rabbinical court.”

Professor Ruth Halperin-Kaddari, a Yale Law School Fulbright Scholar who chairs Israel's Rackman Center, which advocates for an end to discrimination against women, says that there is clear bias in divorce cases against the non-religious parent within the rabbinical court.

“We know of many stories like [Murray's],” she said. “There is a phenomena of children being given by the rabbinical courts to the parents who are most observant.”

“They want control of the personal sphere—marriage, divorce, burial,” she said, speaking of the ultra-Orthodox parties. “No matter who you are, your personal life is held hostage to your religion.”

And there's an extra source of outrage in the fact that the United States, under the Hague treaty governing family law in most advanced countries, is obliged to enforce the judgments of religious courts in Israel; the only exception is for “grave harm” to the child, which rarely gets invoked.

Michael Helfand, associate professor at Pepperdine School of Law and associate director of Jewish Studies, said even American citizens who become involved in groups like the Haredi become subject to their laws.

“There are supposed to be safeguards, and sometimes they don't seem to be working,” he said, of the protections U.S courts are supposed to impose before rubber-stamping religious agreements. “There are some pretty awful stories out there about parents who are unable to see their children because they left the faith. It pricks your insides out.” …

The result of this bifurcated form of governing—part civil, part religious—is an inevitable clash. It is most profoundly seen around issues of marriage. In order for Jewish people to be legally married in Israel, they must do so within the rabbinical—not civil—courts. This applies to all Israelis, whether they consider themselves to be religious or not. As a result, many Israelis—about 17 percent—marry outside of Israel. The marriages are then recognized as legal once they return. It's a religious work-around.

The religious laws also apply to divorce. Jewish divorce laws are thousands of years old, but are still followed today. In order for a divorce to be recognized, it requires the consent—or the “get”—of the husband. Without that consent, a woman remains in a state of limbo—technically married under religious law, but still estranged from her husband. While most husbands provide the required get, some do not. The women who are caught waiting for their husband's consent have a name—they are called “agunot,” or chained women.

For Murray, when she eventually decided to leave the Haredim and her husband in 2012, 16 years after her marriage, she was allowed the get. But her decision cost her so much more—her children.

In a 2012 posting on Facebook, the use of which is forbidden by the Haredi, Murray told her story:

“I was shocked when I was prohibited to take my children with me. … They were not allowed to come to my home or spend more than a few hours with me. … They were ashamed of me despite my respective and modest attire during the visits. Food that I gave them they would fear to eat although it followed the consumption laws. Clothes that I bought them they would return even though they were just like the clothing I always bought them. They were forbidden to have a discussion of any sort with me or speak about their feelings. They robotically obeyed.”

Murray's legal attempts to gain custody of her children proved futile. While she continues to visit her sons as much as she is allowed, her two daughters, whom she has not met with in over three years, no longer want to see her. Murray believes that they have been brainwashed by the adults of the community. Recently, her 8-year-old son told her that when the Messiah comes, she will perish.

"They were ashamed of me despite my respective and modest attire during the visits. ... They were forbidden to have a discussion of any sort with me or speak about their feelings. They robotically obeyed.”

Through translated emails, Murray's ex-husband, Uri, said he is unable to share the details of his divorce and custody case due to confidentiality issues, and concerns for defamation. However he defended the end result.

“The legal system in Israel acts in the child's best interest,” he wrote. ”There is no religious consideration here.”

But this, counters Professor Halperin-Kaddari, of the Rackman Center, is a specious argument.

“The huge question is, ‘what is in the best interest of the child?' If this means spiritually, and in terms of the soul, as perceived by the ultra-Orthodox's own definition—OK [in their mind] they are telling the truth,” she said.

She also believes that ultra-Orthodox women are choosing to remain in bad marriages for fear of being ostracized and losing the rights to see their children.

“They know the danger, they know the risk, and they make a rational choice to stay within abusive marriages—abusive in many ways,” she said. “For a grounded fear of losing their children, they make that choice—if you can call it a choice.” …

For Murray, who now lives an hour from her children, her focus is not on politics—but on trying to hold on to her relationship with her family.

“I'm constantly missing being their mother,” she said. “I'm trying to start over. I'm working now as a waitress in Tel Aviv. But I'm devastated and I don't know how to go on from here.”

Ironically, she misses the very religious life that pushed her away. “I miss the faith. Having faith like that is very empowering—the feeling that you think you know the code of life,” she said. But with it, she said, came something that she hopes others will not have to live with.

“Families are ripped apart because of religion instead of being brought together,” she said. ”It's going against everything you devoted yourself to.”