Don't Rely on the Hague Convention for Overseas Visits 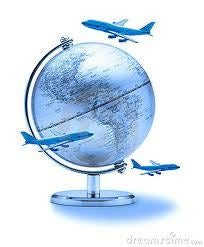 When considering whether to be concerned that the other parent plans to take a child on an overseas visit - which is normally a great benefit to a child and should generally be encouraged - it can be a huge mistake to rely merely on the foreign country's accession to The Hague Abduction Convention.

The Convention does not operate automatically and a country's accession to the treaty does not guarantee the prompt - or even eventual- return of an abducted child. For example, one must consider the potential defenses (exceptions really) that an abducting parent might raise in a case brought under the Convention in the foreign country. Thus, if a child is 10 years old or older, one should be alert to the possibility that the child, perhaps under family pressure, will object to being sent back to the habitual residence. The Convention expressly authorizes courts to refuse to return abducted children if they are of sufficient age and maturity and independently object to being returned.

International child abduction is child abuse and prevention is far better than attempting to recover an abducted child after the fact.