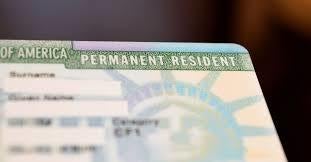 Will a prenuptial or postnuptial agreement protect a U.S. citizen, who has signed a Form I-864 Affidavit of Support in furtherance of a foreign spouse's application for a U.S. permanent resident visa, against the subsequent support claims of a foreign spouse upon a divorce?

A person who signs the support affidavit, pursuant to Section 213A of the Immigration and Nationality Act, enters into a legally enforceable contract with the U.S. Government to support the sponsored alien at an annual income at the level of 125% of the Federal poverty line for a period of time that is generally 10 years.

It is well established that the sponsored foreign spouse is a third-party beneficiary of the contract. The form expressly states that, “If you do not provide sufficient support to the person who becomes a lawful permanent resident based on a Form I-864 that you signed, that person may sue you for this support.”

But what if the foreign spouse purports to waive that right in a prenuptial or postnuptial agreement?

However, in none of the cited cases was there an express waiver of the Form I-864 Affidavit of Support obligation. Nonetheless, inShah, the court expressly insisted that, “even if the parties' prenuptial agreement did purport to waive claims to support under the I–864, the I–864 is nevertheless enforceable. The immigration regulations set forth five circumstances that terminate a sponsor's support obligations, and a prenuptial agreement or other waiver by the sponsored immigrant does not terminate the obligation. 8 C.F.R. § 213a.2(e)(2).”