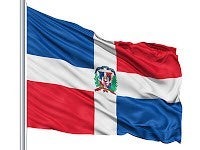 The U.S. State Department has recently released their annual report on International Child Abduction. Below is our fifth post in a series here focusing on the twelve countries classified as “demonstrating patterns of noncompliance.”  Today's country is the Dominican Republic.

Initial Inquiries: In 2017, the Department received three initial inquiries from parents regarding possible abductions to the Dominican Republic where no completed applications were submitted to the Department.

Central Authority: The United States and the Dominican Central Authorities have a strong and productive relationship that facilitates the resolution of abduction cases under the Convention.

Location: The competent authorities regularly took appropriate steps to locate children after a Convention application was filed. The average time to locate a child was nine days.

Judicial Authorities: Dominican judicial authorities demonstrated a pattern of noncompliance, with serious delays at the appellate level in deciding Convention cases. Cases that are appealed to higher courts have taken more than four years to resolve.

Enforcement: As a result of serious delays by the judicial authorities of the Dominican Republic in deciding Convention cases, the United States is not aware of any instances where law enforcement was asked to enforce a return order in 2017.

Department Recommendations: The Department will continue its engagement with relevant Dominican authorities to address the areas of concern highlighted in this report.