With effect from March 1, 2021, the Divorce Act of Canada has made significant changes to the Canadian law concerning child relocation, including international relocation. However, while the legislation contains a helpful clarification concerning the applicable burden of proof, it includes a list of factors that should be considered in relocation cases that are plainly deficient in respect of international child relocation cases. 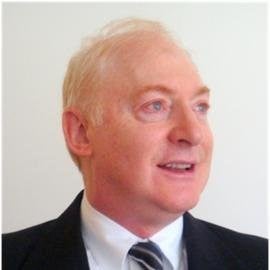 The new law provides that the burden of proof in a relocation application will shift depending on whether or not the parties are to share custodial time equally.

If the parties substantially comply with an order that provides that the child spends “substantially equal time” with each parent, the party intending to relocate has the burden of proving that the relocation would be in the best interests of the child.

But if the parties substantially comply with an order that provides that their child “spends the vast majority of their time” with the party who intends to relocate, the other party has the burden of proving that the relocation would not be in the best interest of the child. (Sections 16.93(1) and (2) of the Divorce Act).

For “in-between” situations, where the child is spending unequal time with the parents but less than the vast majority of time with one, “each parent must demonstrate why the proposed relocation is or is not in the best interest of the child.” (Section 16.93(3) of the Divorce Act).

In deciding whether a relocation is in the best interest of a child, the new law requires that, in addition to considering the usual factors to be considered in any custody case, the court should also consider certain specific additional factors relating to relocation. These factors are:

The list of factors set forth in the Divorce Act to be considered does not include a group of special factors that are of the most extreme significance in any international relocation application. These factors are:

Consider the case of an application to relocate a child from Canada to Japan. If the Canadian court is not provided with admissible and reliable evidence as to the laws and procedures of Japan -- concerning such matters as the recognition in Japan of foreign custody orders, the jurisdiction of a Japanese court to issue custody orders once a child has been relocated to Japan, the substantive laws of Japan concerning child custody and child visitation, and the extent to which Japanese custody orders are actually enforced in Japan -- the Canadian court may well act under the assumption that Japanese law and procedure are similar to the Canadian law and procedure. But that assumption would be totally mistaken and could prove extremely damaging to a relocated child and to a left-behind parent.

In fact, (a) the courts in Japan will not recognize the Canadian custody order, (b) the courts in Japan will have unfettered child custody jurisdiction once a child is living there, (c) the Civil Code of Japan precludes any sharing of custody, (d) there is no reported case of international child visitation ever having been awarded by a Japanese court, and (e) visitation orders are unlikely to be enforced in Japan.

Thus, expert evidence concerning Japanese family law would be an essential element of any considered evaluation of an application in Canada for relocation of a child to Japan. The same applies to relocation to any other foreign destination.

It is essential in any contested case in which a request is made to move a child overseas that the court is provided with reliable advice concerning the effect of domestic courts order in the foreign country. It is surprising and unfortunate that the new Canadian law does not contain an explicit requirement that such information must be s

Jeremy D. Morley, a New York lawyer who concentrates exclusively in international family law, and formerly an Asst. Professor of Law at the Faculty of Law, University of New Brunswick, has written, lectured and testified extensively in Canada and many other jurisdictions as an expert on Japanese family law and the family laws of numerous other countries. His website in www.international-divorce.com