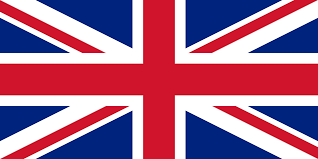 The English law on prenuptial agreements is confused and confusing. It is also extremely dangerous if not handled effectively and professionally.

The English courts previously held that prenuptial and post-nuptial agreements would not be enforced on the ground that they violated public policy.

There is still no legislation in England that authorizes or upholds such agreements.

However, the English judiciary has created a completely new law concerning almost all aspects of the financial consequences of marital dissolution, including the effect of marriage contracts.

In several cases the English court allowed prenuptial agreements to be taken into account in determining how to divide spousal assets "fairly."

In MacLeod v. MacLeod, the Privy Council upheld a post-nuptial agreement on behalf of my client, but with modifications.

Then, in Radmacher v. Granatino, the UK Supreme Court ruled that "decisive weight" should be given to a German prenuptial agreement signed by a German heiress and her French husband. The husband had agreed that he would make no claims on Ms. Radmacher's estimated £100m fortune.

The trial court had followed established precedent that prenuptial agreements were no more than evidence of the intent of the parties. That court awarded £5 million to the husband. The intermediate appellate court, the Court of Appeal, had then cut the award to £1 million, based upon the prenup. The Supreme Court ultimately upheld the Court of Appeal, based upon its application of the overall rule of “fairness.”

As one who drafts very many international prenuptial agreements that have an English connection, a strong word of warning is essential.

The Radmacher ruling maintains the strong role of the English courts in reviewing prenuptial agreements for fairness in a far more interventionist way than courts in most of the rest of the world.

The facts of the Radmacher case were far more compelling than those that will exist in the more “garden variety” of divorce cases involving parties of less wealth, less sophistication, and who are less international.

The family courts in England and Wales will continue to have very significant discretion in the area of prenuptial agreements.

In particular, it will often be critical to take advice as to whether a prenuptial agreement for a couple with contacts not only in England but also in foreign jurisdictions should be entered into under the law of one such foreign jurisdiction instead of under English law.