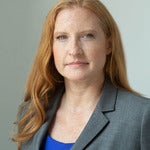 Anne Glatz, counsel to the firm, is admitted to practice law in New York.

She graduated from Columbia Law School, where she received two human rights fellowships and participated in the Child Advocacy Clinic, while also clerking for the civil rights law firm of Cochran, Neufeld and Scheck.

Anne has worked as a family law attorney since 2004, first in Illinois, then in New York, serving as an attorney for the child (a.k.a. law guardian) from 2006 to 2011.  She has litigated hundreds of family law cases as a trial attorney, written numerous appellate briefs and Family Court motions, and successfully argued  numerous cases before the First and Second Departments of the New York Appellate Division.

WE ALSO WORK with many excellent family law attorneys throughout the United States and around the world.