In May 2021, the U.S. Embassy in Quito, Ecuador delivered a formal diplomatic protest known as a “demarche” to members of President-elect Guillermo Lasso's transition team. The Department noted that Ecuador has been cited for demonstrating a pattern of noncompliance in the 2021 Annual Report on International Child Abduction during 2020, specifically for judicial delays. 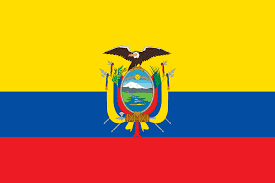 Specifically, the State Department has determined that the Ecuadorian judicial authorities failed to regularly implement and comply with the Hague Convention on the Civil Aspects of International Child Abduction.

As a result of this failure, 17 percent of requests for the return of abducted children under the Convention remained unresolved for more than 12 months. On average, these cases were unresolved for one year and three months.

Ecuador was previously cited for demonstrating a pattern of noncompliance in the 2015-2020 Annual Reports.