From the State Department's Annual Report on International Child Abduction:

Colombia once again demonstrated a "pattern of noncompliance" in 2015 because:

-The Colombian Central Authority regularly failed to fulfill its responsibilities pursuant to the Convention; and

-The judicial authority regularly failed to implement and comply with the provisions of the Convention.

In a Hague-ordered return case, the Colombian Central Authority promptly facilitated a safe return for multiple children to the United States.

During 2015, communication from the Colombian Central Authority on pending Hague cases was infrequent.

The Convention is in force between the United States and Colombia.

To improve the resolution of abduction cases in Colombia, the Department recommends that the United States:

-Promote the resolution of international parental child abduction cases with public diplomacy activities, such as professional exchanges to the United States that support the foreign policy goals of the U.S. government.

Colombia's relevant statistics regarding Abduction & Access cases can be seen below: 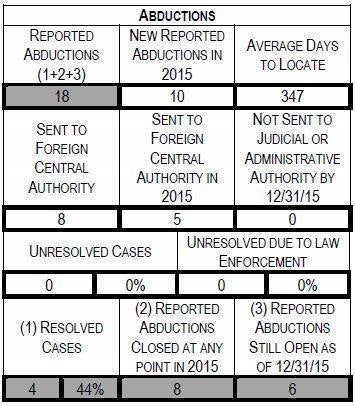 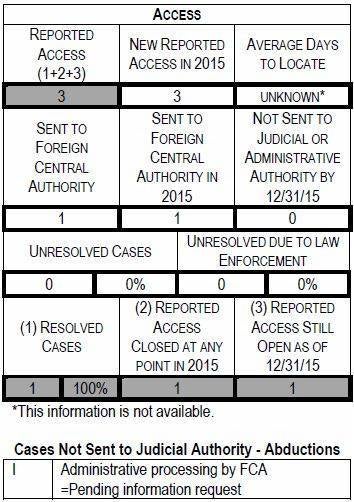