In any Hague Abduction Convention case, the court must determine the date of the alleged wrongful removal or retention of the child before determining the child's habitual residence. A decision on the applicable date may well resolve the entire case.

Yesterday, the Sixth Circuit in Douglas v. Douglas (6th Cir.9/21/21, Case No. 21-2335), in which I had an advisory role, affirmed an award of summary judgment dismissing a Hague petition on the ground that the child was habitually resident in the United States, rather than Australia, where she was born and lived for four months until her mother took her to Michigan, to live there permanently (mother's claim) or for a mere visit (father's claim).

It is most unusual to succeed on a motion for summary judgment in a case about habitual residence, because the Supreme Court's test of “totality of the circumstances,” established in Monasky v. Taglieri, 140 S. Ct. 719, 723 (2020), is factual and open-ended. See: Jeremy D. Morley, The Hague Abduction Convention: Practical Issues and Procedures (3d ed). 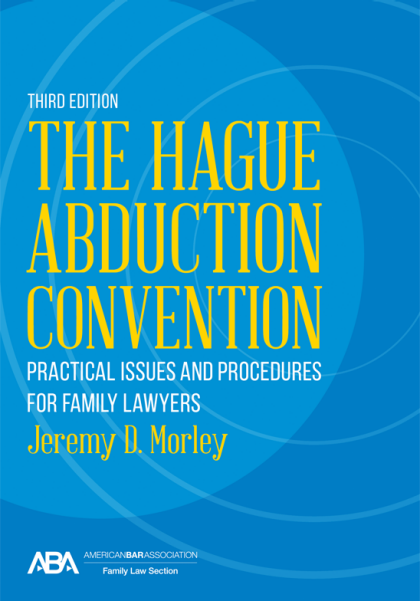 But here the petitioner had alleged in his original petition that the wrongful retention had not occurred until 7½ months after the infant child was taken to Michigan. This allowed the trial judge to grant summary judgment in respondent's favor, since the infant had consensually spent so much time in Michigan before the date of the alleged wrongful retention.

The Sixth Circuit affirmed that ruling, stating that, after 7½ months in Michigan (which followed only four months in Australia, during which the parents had separated and the mother had planned to return to the United States), the child was “at home” in Michigan on the relevant date.

Critically, although the petitioner had sought to amend his pleadings to allege that an earlier wrongful retention date should be used, that application had been denied, and that determination had not been appealed.