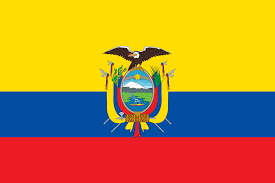 The Convention has been in force between the United States and Ecuador since 1992. In 2017, Ecuador demonstrated a pattern of noncompliance. Specifically, Ecuador's judicial branch and law enforcement authorities regularly failed to implement and comply with the provisions of the Convention. As a result of this failure, 13 percent (one case involving one child) of requests for the return of abducted children under the Convention remained unresolved for more than 12 months. More specifically, this case has been unresolved for four years and 11 months. Ecuador has been cited for noncompliance since 2015. The Ecuadorian Central Authority moved from the Ministry of Economic and Social Inclusion to the Ministry of Justice in June 2017, and a new director was appointed in mid-November 2017.

The Department has reinforced efforts urging Ecuador to improve its Convention implementation. In January 2018, the USCA increased the frequency of digital video conferences with the Ecuadorian Central Authority, Ecuadorian law enforcement officials, and the Public Defender's Office to monthly meetings. During these conferences, participants discussed case updates and strategies on improving implementation of the Convention in Ecuador. Such conferences also increased understanding among the different offices involved in abduction cases in Ecuador and therefore improved communication, coordination, and cooperation.

In June 2018, U.S. Embassy Quito delivered a demarche to the Ecuadorian Ministry of Foreign Relations, giving official notice that the Department cited Ecuador for demonstrating a pattern of noncompliance.