I have long asserted that India is a safe haven for international child abduction. See, e.g. I have frequently provided expert evidence on this issue, including in cases in many U.S. states, as well as Canada and Australia. 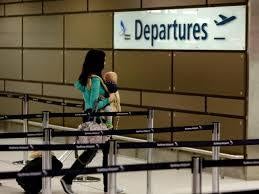 In May 2019, the U.S. Department reported, in its Annual Report on International Child Abduction, that India does not adhere to any protocols with respect to international parental child abduction and has demonstrated “a pattern of noncompliance” within the meaning of the  International Child Abduction Prevention and Return Act. That legislation requires the Secretary of State to submit to Congress, within 90 day of its Annual Report, an “Action Report” that describes the specific actions that the State Department has taken against countries determined to have been engaged in a pattern of noncompliance.

In July 2019, the Department submitted its Action Report. Unfortunately, the purported “actions” that it has listed with respect to India are mere requests and a couple of diplomatic protests.

The Department describes the actions as follows:

The problems concerning India and international child abduction are not merely the fact that India has refused to sign the Hague Abduction Convention. The challenges include the following: The Indian jurisprudence in custody cases concerning internationally abducted children is both confused and confusing.