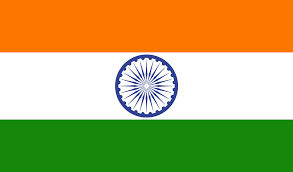 India is not a party to the Convention and does not adhere to any protocols with respect to international parental child abduction. In 2017, India demonstrated a pattern of noncompliance. Specifically, the competent authorities in India persistently failed to work with the Department to resolve abduction cases. As a result of this failure, 90 percent (44 cases involving 50 children) of requests for the return of abducted children remained unresolved for more than 12 months. On average, these cases were unresolved for one year and ten months. India has been cited as noncompliant since 2014.

Throughout the year, officials at the highest levels of the Department engaged with the Government of India on the issue of international parental child abduction. Several senior Department officials pressed India to assist with resolving abduction cases and to accede to the Convention.

In January 2018, U.S. Embassy New Delhi and the Department hosted a digital video conference between a U.S. Hague Network Judge and an Indian committee reviewing draft legislation to address IPCA. The discussion addressed common concerns and misconceptions about IPCA and the Convention.

Upon release of the 2018 Annual Report, U.S. Embassy New Delhi delivered a demarche notifying the Indian government that the Department had cited India in the 2018 Annual Report as demonstrating a pattern of noncompliance and once again requested India's assistance with resolving reported cases.