I had the pleasure this week of participating in a panel discussion organized by the Singapore Bar Association with three brilliant international family lawyers, Yap Teong Liang of Singapore, Kiran Dhaliwal of Kuala Lumpur, Malaysia, and Keturah Sageman of Sydney, Australia. The topic was Relocation v Abduction – Fight or Flight: Is Abduction a Hindrance to Return? We used a case study primarily drafted by T.L. Yap. 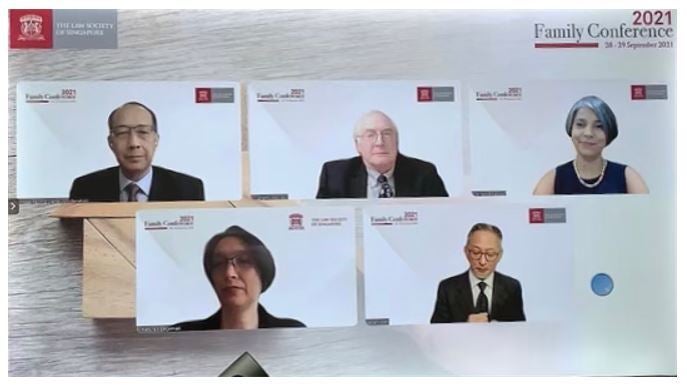 Here are some of my extremely informal notes on the issue of habitual residence in a U.S. Hague Abduction Convention case. For more on the topic see my book.

What is clear is that the old rule adopted by several U.S. circuits, of a primary focus on the last shared intention of the parents, has mostly been abandoned and that it has been replaced by looking far more at the situation through the eyes of the child. Where did the child think was her “home”?

In the case in the excellent case study, we were given some of the relevant circumstances, but we would need many more details in order to be able to make a prediction as to how a U.S. court would rule.

In support of Australia being the habitual residence is the child's one-half year in Sydney plus her attending school in Sydney during that time. In support of the habitual residence still being in the U.S. is that she lived there for the first 8 years of her life, her father kept the family apartment in New York and the family retained Sophia's school place in New York and that the parties' original intention was to return to New York. The parents' citizenships cancel each other out and in any event are probably not significant to a 9-year-old child. Among the facts that we still need to know are the following:

I should note that, unlike the affidavit-based focus in Singapore, the presentation concerning these issues in U.S. courts will primarily by means of witness testimony, which may include intense cross-examination. In addition, even in an expedited Hague case, pre-trial discovery is often ordered, and this may include pre-trial depositions as well as extensive document production.

My final point on habitual residence is that the Supreme Court ruled in Monasky that these issues are to be decided by the trial court and should not normally be reviewed on appeal because they are so intensely fact-based, which is the province of a trial court, not an appeal court.