Lawyers representing international clients who plan to marry and who want the protection of a prenuptial agreement should always consider the international ramifications of any proposed agreement. While conventional domestic prenuptial agreements raise grave malpractice concerns for family lawyers, the concerns become a hazardous minefield when the issues are multi-jurisdictional. 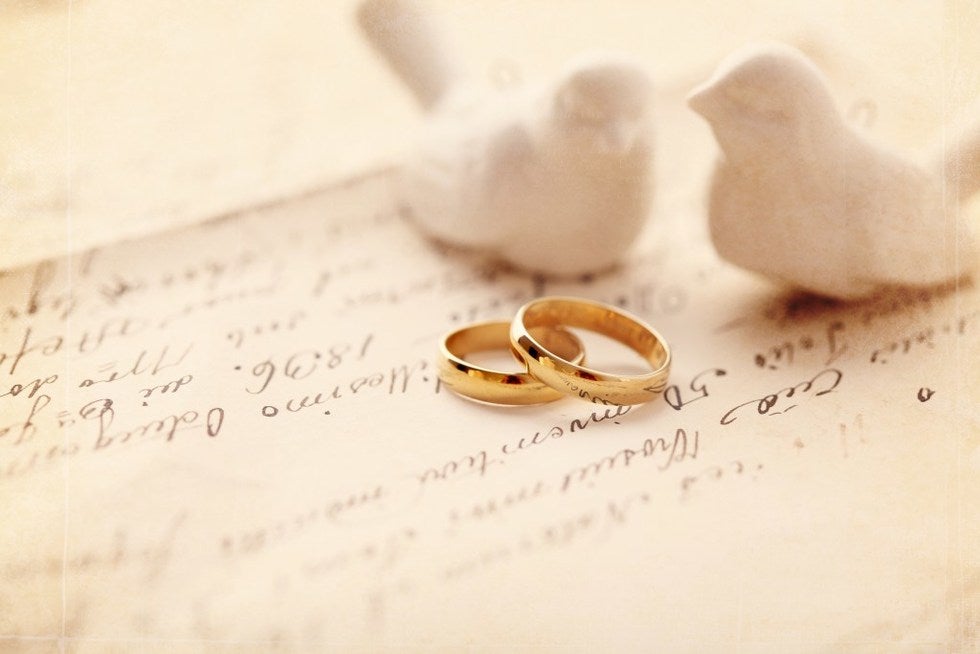 In many ways the world is rapidly shrinking and globalizing. “The World is Flat” is not only the catchy title of a bestselling book, but it also highlights the fact that international borders matter far less to most aspects of life than was the case a couple of decades ago. In sharp contrast, however, divorce laws remain local and parochial. Not only do divorce requirements and procedures vary from country to country, but so do the substantive laws concerning the division of assets and spousal and child support. Moreover, the laws about prenuptial agreements and marriage contracts vary considerably around the world and – just as important – the attitudes of courts to such contracts diverge considerably, significantly and in many different ways from country to country. Outside of the European Union there is generally no international law that governs the application of local law to international personal relationships.

Certainly it would be foolish to assume that a "prenup" that is currently valid in the place of the marriage or the place of current residency will be equally valid in other places which might have divorce jurisdiction in the future.

International issues concerning prenuptial agreements are obviously of critical importance for people of different countries of origin or for people from a country other than the place where they currently reside. But there are far more clients who may require international support concerning prenuptial agreement matters. Many clients have significant contacts with numerous countries or believe that they may in the future. Take the example of an international symphony conductor who may have ongoing appointments with many orchestras and festivals around the world, teaching positions with universities and conservatories in other parts of the world, and personal connections and assets in yet more parts of the world. What if his fiancée is an international business consultant? Or an international movie star? In such circumstances, where does the lawyer start? And where does the process end?

We recently represented an American business executive living in country A in Europe who was planning to marry a woman in the same city who was from country B. We knew that residency in country A created red flags as to the future enforceability of the proposed prenuptial agreement there. We elicited the fact that the parties might temporarily relocate to States C, D or E in the United States or to countries F or G in Europe. We further ascertained that they could potentially move to any of a host of countries in the future but that countries H, I and J were more likely than the others. Accordingly, we drafted a prenuptial agreement and certain other documents in close collaboration with attorneys in jurisdictions A, B, C, D, E, F, G, H, I and J.

While such precautions are time-consuming and expensive, it would often be “penny wise and pound foolish” (as the old British saying goes) to skimp on the prenup and leave it all to courts to resolve if and when things go wrong.

The need for extreme care and self-preservation in such circumstances hardly needs emphasizing.

Lawyers representing international clients are now more frequently recognizing that a prenuptial agreement must often be drafted with a view to its potential enforce-ability in an array of potential jurisdictions. These might include any of the following:

· The state of current residence of the husband.

· The state of current residence of the wife.

· The state of domicile of either of them.

· The state of the nationality of each of them.

· The states to which they might relocate together in the future.

· The states to which just one of them might relocate.

Selection of the Governing Law

The decision as to the best choice of law provision cannot be made without being adequately informed as to the applicable laws and practices of the various competing jurisdictions and as to the potential effect of the foreign law in any of the potential jurisdictions. The decision should also be made upon the advice of counsel who has substantial experience in such matters, who is independent in thinking, and who has consulted or will consult with appropriate local counsel in other relevant jurisdictions. It is likewise important to be aware that choice of law clauses may or may not be valid in other jurisdictions.

A choice of law clause should usually be drafted broadly. In one case a court in Oregon applied the law chosen by the prenuptial agreement -- California law -- only as to the construction of the agreement, but did not apply California property law because the choice of law clause was limited to construction issues. In re Marriage of Proctor, 203 Or. App. 499, 125 P.3d 801 (2005), opinion adhered to as modified on reconsideration, 204 Or. App. 250, 129 P.3d 186 (2006). Choice of law clauses should provide for both the application of both substantive and procedural law of the foreign jurisdiction to be effective.

The following are some basic principles that the author has developed from handling many such agreements throughout the world over a number of years: 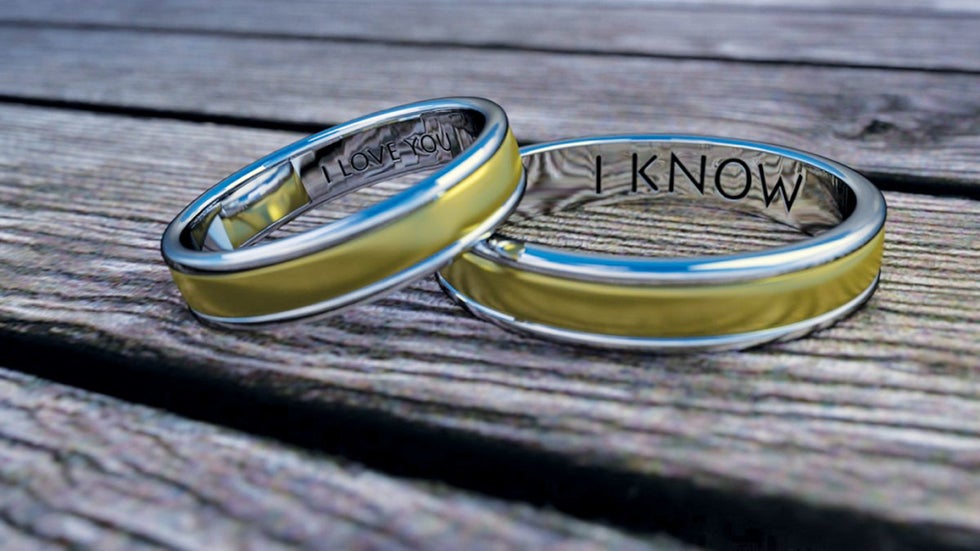 2. Ensure that only one lawyer is in charge of the entire process, is the chief coordinator among the various lawyers in different jurisdictions that work on the prenuptial project and is the primary (or sometimes the sole) liaison with the client. If one lawyer is not clearly in charge there may well be great confusion, lawyers will be tempted to jostle for a larger role than might be appropriate, the client will receive conflicting advice and important issues might never be addressed.

3. Do not take on the process of drafting an international prenuptial agreement unless you are prepared to work with foreign counsel, to understand foreign law, to become familiar with different legal concepts that may apply to your client's circumstances and to work in an environment in which there are no clear-cut rules or procedures in which you may often feel compelled to consult your malpractice policy.

5. Obtain clear authority from the client to engage the services of local family lawyers in other jurisdictions for the purposes of advising as to the laws and procedures of their own jurisdictions.

6. Be clear on client confidentiality when you hire a foreign lawyer. The rules vary considerably.

7. Obtain funding to cover all of the anticipated legal charges. It is critical to know that you may be responsible for the legal fees of lawyers you ask for help in foreign jurisdictions. See the International Bar Association's International Code of Ethics, Rule 19, which provides, in part, that, “Lawyers who engage a foreign colleague to advise on a case or to cooperate in handling it, are responsible for the payment of the latter's charges except express agreement to the contrary.” Find out what fees each lawyer charges and how the lawyer expects to be paid. In some countries, fees are fixed by local law. You should establish a workable billing schedule. Foreign lawyers may not be accustomed to including a description of work performed in connection with billing. Some foreign attorneys may expect to be paid in advance. Others may demand payment periodically and refuse to continue until they are paid. Request an estimate of the total hours and costs of doing the work. Be clear who will be involved in the work and the fees charged by each participant.

8. When reviewing foreign law, be careful to understand the terms that the foreign local lawyers use. For example, foreign terms might be translated into English as “marital property”, “custody”, “ownership” and “commingled” but the terms might well have completely or even subtly different meanings in the foreign jurisdiction which could seriously impact the way that a contract is interpreted. Become familiar not only with the law as it is written in the foreign jurisdiction but the law as it is actually applied and as it might apply to your particular client if the prenuptial agreement were brought before the courts in that jurisdiction. In this regard, it is critical to determine how much discretion is afforded to a judge in the foreign jurisdiction to rewrite specific provisions or to take any action other than strictly applying the law concerning prenuptial agreements.

10. Inform the client that you do not know where the client and his or her spouse might reside in the future, where their children, if any, might be located and where either or both of them may in the future have assets or do business. All of these factors may have an enormously significant bearing on the enforce-ability of their prenuptial agreement.

11. Some jurisdictions still do not enforce prenuptial agreements. Other jurisdictions have rules that make it easy for a court to invalidate a prenuptial agreement. In some such situations, it is also good practice to consider whether the parties should sign so-called “mirror agreements” that contain essentially the same terms as the primary agreement but are executed in accordance with the local law and are to come into effect only if the primary agreement is not recognized by a local court. It is sometimes good practice to have the parties execute a simple regime selection document at the time of their marriage in a civil law country such as France or Italy while at the same time having a far more complete agreement entered into in a common law jurisdiction such as New York or California that cross-references the civil law selection. If there is to be more than one agreement it is important to decide how to prioritize between them and to avoid unnecessary confusion by having multiple agreements that cover the same topic.

13. One must be alert to the fact that the way that the courts of a particular country apply foreign law may vary considerably. Thus, in a totally different context, the author worked on a custody case in Japan in which a Japanese court ruled that the provisions of California law requiring that both parents be permitted to be substantially involved in the lives of their children meant that a (good) foreign father could visit his child once a month for a few hours under supervision!

14. One must also be alert to varying rules in other jurisdictions as to validity of execution; requirements for independent representation; disclosure of assets; fairness; and unconscionability. One example is that of disclosure. It may suffice in one jurisdiction to attach an appendix that lists in summary form a party's assets and liabilities. However, in California it is the practice for the attorneys for each party to deliver a “disclosure packet” to the other party containing the last three years' personal tax returns as a well as a schedule of assets and liabilities and if the party owns a business to also deliver three years of business tax returns and a profit and loss statement.

15. Make it clear to the client that you are not an oracle and that you cannot predict the future. Therefore you do not know what the law will be in any particular jurisdiction, even including your own, in the future and how it might be applied by the courts in any such jurisdiction. Consequently, you are unable to guarantee that the prenuptial agreement will be enforceable at the time in the future when a court in your own jurisdiction or in a foreign jurisdiction might look at it.

International prenuptial agreements are traps for the unwary or unknowing. They are extremely important to clients but must be handled with great care by family law counsel.