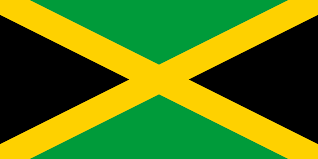 Although Jamaica has adopted the Hague Abduction Convention, its accession has not yet been accepted by the United States, United Kingdom or Canada. Accordingly, the Convention is not in force between Jamaica and these countries.

The Child Protection and Family Services Agency has complained that the failure of these key countries to accept Jamaica's accession limits how much the agency can do to rectify cases where children have been abducted and taken to foreign countries by a parent.

Speaking to Jamaica's Gleaner newspaper, the agency's legal office, Nicole Chambers, said the agency has at least 15 child abduction cases so far, but pointed out that this represents only a small fraction of them. She said that it was frustrating to "to explain to persons that we have domestic legislation in place, we have the court in place, we have a designated Hague-approved judge, but you cannot make your application under the convention because the country where your child is, that country has not accepted Jamaica yet for us to make that application."

I have previously explained some of the specific issues that result from Jamaica's state bringing the Convention into domestic law. These are:

· The legislation empowers Jamaica's Central Authority to refuse an application whenever it decides that the application is not well founded.

· The legislation does not state how cases are to be brought to court and does not explain the jurisdiction of the Court if the Central Authority has determined that an application is not well founded.

· The legislation subordinates the Convention to broad provisions in Jamaica's Constitution, thereby authorizing or requiring a refusal to return abducted children for far more extensive reasons than are permitted by the Convention.