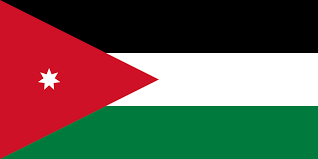 Jordan is not a party to the Convention and does not adhere to any protocols with respect to international parental child abduction. In 2006, the United States and Jordan signed a Memorandum of Understanding to encourage voluntary resolution of abduction cases and facilitate consular access to abducted children. In 2017, Jordan demonstrated a pattern of noncompliance. Specifically, Jordanian authorities persistently failed to work with the Department to resolve abduction cases. As a result, 50 percent (two cases involving two children) of requests for the return of abducted children remained unresolved for more than 12 months. On average, these cases were unresolved for one year and 11 months.

In September 2017, officials from U.S. Embassy Amman met with the Jordanian Acting Director of Consular Affairs. The embassy reiterated the Department's request for appropriate assistance to parents seeking resolutions to the abduction of their children. The embassy delivered a diplomatic note requesting resources available to parents seeking the return of their children from Jordan.

In April 2018, an official from the Office of Children's Issues traveled to Amman to meet with the Government of Jordan. During the meeting, attended by representatives from the Jordanian Ministries of Foreign Affairs, Interior, and Justice, Jordanian officials provided responses to questions posed by the Department via diplomatic notes and demarches. Further, they offered to provide free mediation services to parents of abducted children in order to assist in the resolution of abductions. U.S. Embassy Amman is following up with the Ministry of Foreign Affairs to confirm the process by which a parent could request this service from the Government of Jordan.

Upon release of the 2018 Annual Report, U.S. Embassy Amman delivered a demarche to the Jordanian government in June 2018 noting that the Department had cited Jordan in the Annual Report for demonstrating a pattern of noncompliance.