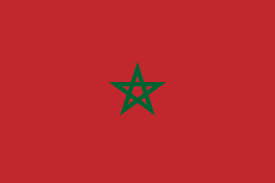 The Convention has been in force between the United States and Morocco since 2012. In 2017, Morocco demonstrated a pattern of noncompliance. Specifically, the Moroccan Central Authority and law enforcement authorities in Morocco failed to take appropriate steps to locate a child in one case for more than one year after a Convention application was filed.

In September 2017, U.S. Consulate General Casablanca built upon the prior spring's visit by the Office of Children's Issues to urge officials in the Moroccan Central Authority (MCA) to improve central authority functioning with regard to locating children and to communicating with the U.S. government. U.S. officials discussed the Act, including citations, to stress the importance of improving collaboration with the United States under the Convention.

The U.S. Consul General in Casablanca met with the Director of the MCA at the Ministry of Justice in December 2017 on the continued inaction by the Government of Morocco. In April 2018, the Assistant Secretary for Consular Affairs traveled to Rabat to meet with senior Moroccan officials. During this meeting, the officials agreed to exhaust all resources available to the Moroccan government to locate children and improve communication with the United States.

Upon release of the 2018 Annual Report, U.S. Consulate General Casablanca delivered a demarche to the Moroccan government noting that the Department had cited Morocco in the Annual Report for demonstrating a pattern of noncompliance.