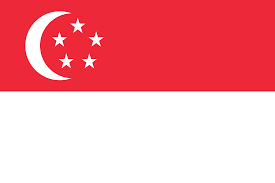 Prenuptial agreements are usually treated “cautiously” in Singapore. The existence of an agreement concerning financial matters is only one factor that the courts are obliged to consider. However, the Singapore Court of Appeal has ruled that it will normally enforce foreign prenuptial agreements that are valid under the foreign law in question, subject to public policy considerations. TQ v. TR, [2009] SGCA 6 (Feb. 3, 2009).

The case concerned a prenuptial agreement between a Dutch husband and a Swedish wife entered into in the Netherlands where the parties were married before returning to their residence in London. This agreement was prepared by a Dutch civil law notary in the Netherlands. After six years of marriage the couple moved to Singapore with their children. The agreement provided that “[t]here shall be no community of matrimonial assets whatsoever between the spouses” and that “[t]he marital property regime in force between them shall be governed by Netherlands law.”

The court determined that the Singapore courts should accord “significant (even critical) weight” to the terms of a prenuptial agreement between foreign nationals that is governed by and valid according to a foreign law, unless its terms violate the public policy of Singapore.

It is also important to note that the court confirmed that the validity of a prenuptial agreement should be governed by its “proper” law, as with any other contract. The proper law is to be determined by (in order of descending priority): (a) the express choice of the parties; (b) the implied choice of the parties; and (c) in the absence of any express or implied choice of law, by ascertaining the system of law with which the agreement has the closest and most real connection, which is presumed to be the law of the matrimonial domicile unless rebutted.

In 2011 the Singapore High refused to enforce a Deed of Separation entered into in Singapore on the ground that the husband had violated an obligation to make full disclosure of his assets and expectancies before the parties had signed the Deed. The Court explained that the decision in TQ v TR held that an agreement between parties “cannot be enforced in and of itself”. The terms of an agreement would only constitute one of the factors that the court should take into account in arriving at its decision as to the proportions in which the matrimonial assets concerned are to be distributed. Even if prima facie the court would not lightly set aside an agreement between parties, the court has liberty to decide that an agreement ought not to apply if the court does not consider it just and equitable.

Thus, the rule in Singapore is that financial agreements between spouses (or spouses-to-be), while they might be afforded decisive weight in appropriate circumstances, are always subject to judicial scrutiny. Section 112 of the Singapore Women's Charter requires the Singapore courts to order the division of matrimonial assets “in such proportions as the court thinks just and equitable”. Thus, although financial agreements are most significant there are not mechanically enforceable in Singapore. AFS v AFU, [2011] SGHC 52.

It seems most likely that the Singapore courts will be influenced significantly by cases to be handed down in England under the authority of the English Supreme Court case of Radmacher.

Our office has worked on several U.S. – Singapore prenuptial agreements, always collaborating with local counsel in all jurisdictions as appropriate.