See-Saws and the New U.S. Law of Habitual Residence

The test has been in place in the European Union for at least a decade. The Court of Justice of the European Union articulated it in 2010 in Proceedings brought by A (Case C-523/07), [2010] Fam 42, and amplified it in Mercredi v Chaffe (Case C-497/10 PPU) [2012] Fam 22. For some years, courts in the U.K. have followed the same approach, and it has been extensively considered, explained and applied in at least five U.K. Supreme Court cases. 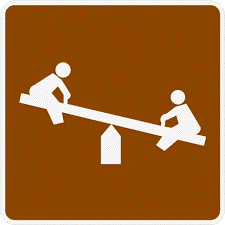 In Monasky, the U.S. Supreme Court relied significantly on international caselaw in support of its decision. Judge Ginsburg explained that, “Our conclusion that a child's habitual residence depends on the particular circumstances of each case is bolstered by the views of our treaty partners. ICARA expressly recognizes ‘the need for uniform international interpretation of the Convention.' 22 U. S. C. §9001(b)(3)(B).”

Therefore, we should expect that courts in the U.S. will be receptive to caselaw from other countries, especially common law countries, concerning the totality-of-the-circumstances test.

In this regard, we should be prepared to discuss see-saws. Why see-saws? Because a see-saw works as a helpful analogy.

In the landmark case of Re B (A child), [2016] UKSC 4, the U.K. Supreme Court (Lord Wilson) stated that we should expect that when a child gains a new habitual residence, he loses his old one. He continued, “The concept operates in the expectation that, Simple analogies are best: consider a see-saw. As, probably quite quickly, he puts down those first roots which represent the requisite degree of integration in the environment of the new state, up will probably come the child's roots in that of the old state to the point at which he achieves the requisite de-integration (or, better, disengagement) from it.”

In numerous subsequent cases, the English courts have applied the see-saw analogy, which to this author seems to be both sensible and helpful.

In G-E (Children : Hague Convention 1980: Repudiatory Retention and Habitual Residence) [2019] EWCA Civ 283, the Court of Appeal explained that the trial court had considered the see-saw analogy and asked the question, "When did the Australian roots come up and the English roots go down?" The trial judge had decided that the children's roots in Australia were "rather shallow" while the "central family members for the children” were each other and their mother. In contrast, the children had real ties to England even before they moved there, and those ties had grown quickly after their move so that by the relevant date the children had become "firmly integrated and had put down firm roots" in England. Their "Australian roots had come up and the see-saw had tipped. They were stable in their home, social life and schooling which was a contrast for them." Thus, they had become habitually resident in England "by a natural process of integration rather than a plan."

The English Court of Appeal ruled just a few days ago, in S (Children), [2020] EWCA Civ 515 (09 April 2020), that, “In marrying the facts to legal principle, the judge was entitled (indeed well-advised) to apply the analogy of a 'see-saw' to describe the shift of habitual residence from England to Libya. It cited with approval the trial judge's statement that, “Whilst the 'tipping of the seesaw' was undoubtedly delayed because of the circumstances appertaining in the children's lives during the first few months of 2018 I find that the seesaw had tipped very firmly in favour of all three children losing their pre-existing habitual residence in the UK and gaining habitual residence in Libya by the time the mother made her application, by which time these children had almost no continuing link with the UK save for video contact with their mother."

The see-saw idea also underlies English decisions on the issue of whether a child can be without a habitual residence. It is unusual to stay in perfect balance on a see-saw. In Re B, the courts below had held that a child who had been taken from her home in England to live in Pakistan had lost her English habitual residence even if she had not yet acquired a new habitual residence in Pakistan. Lord Wilson switched analogies and referred to the state of equilibrium between the two jurisdictions as “limbo,” which was a condition to be avoided. He held that the “modern concept” of habitual residence requires "not the child's full integration in the environment of the new state but only a degree of it," which in certain circumstances can occur quickly, making it “highly unlikely, albeit conceivable, that a child will be in the limbo in which the courts below have placed B.”

Illustrating just how “pivotal” and useful the see-saw comparison is in the English law on habitual residence, the judge in AB v XY (Rev 1) [2019] EWHC 3098 (Fam) made vivid and extensive use of it. He stated:

“Surely a first-time mother who has availed herself of antenatal and postnatal care in England and lives close to her own mother, these all provide the building blocks for the child's habitual residence being in England and integrated in this environment, and if that is to be uprooted, using the seesaw analogy, then there has to be something very similar to be in place in Malta, and I find it was not. Every time the seesaw starts to pivot towards Malta, because the couple was in Malta with Z, it goes back, tips back, the mother comes back here for an appreciable period of time with the father or goes elsewhere with the child. A six-week trip to Italy, right at the end shows that really there was no integration in Malta at any stage really, to the extent that one can be satisfied to say the child became a habitual resident in Malta and lost her English habitual residence that she had gained in her first few months of her life.”

For these reasons, it might even be useful for U.S. family lawyers to brush up on their high school physics to be ready to discuss equilibrium, pivots, fulcrums and balance to better handle international child abduction cases.

Jeremy D. Morley is a New York attorney who concentrates on international family law. He is English and formerly taught law at the University of Sheffield, England, and collaborates with English lawyers on international child custody matters.