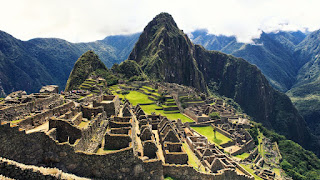 The U.S. State Department has recently released their annual report on International Child Abduction. Below is our eighth post in a series here focusing on the nine countries classified as “demonstrating patterns of noncompliance.” Today's country is Peru.

Country Summary: The Convention has been in force between the United States and Peru since 2007. In 2018, Peru demonstrated a pattern of noncompliance. Specifically, the Peruvian Central Authority and judicial authorities persistently failed to implement and abide by the provisions of the Convention. As a result of this failure, 50 percent of requests for the return of abducted children under the Convention remained unresolved for more than 12 months. On average, these cases were unresolved for two years and seven months. Peru was previously cited for demonstrating a pattern of noncompliance in the 2014-2017 Annual Reports.

Initial Inquiries: In 2018, the Department received four initial inquiries from parents regarding possible abductions to Peru for which no completed applications were submitted to the Department.

Central Authority: There have been serious delays in the processing of cases by the Peruvian Central Authority and a lack of effective communication with the U.S. Central Authority regarding IPCA cases, which contributed to a pattern of noncompliance. In addition, the Central Authority, which is within the Ministry of Women and Vulnerable Populations, has reported that because its mandate includes protecting victims of domestic violence, it will not facilitate the institution of judicial proceedings if there are domestic violence claims by the alleged taking parent, despite an obligation to take all appropriate measures to initiate or facilitate the institution of proceedings under the Convention.

Voluntary Resolution: The Convention states that central authorities “shall take all appropriate measures to secure the voluntary return of the child or to bring about an amicable resolution of the issues.” In 2018, two abduction cases were resolved through voluntary means.

Location: The competent authorities regularly took appropriate steps to locate children after a Convention application was filed. The average time to locate a child was 31 days.

Judicial Authorities: There were serious delays by the Peruvian judicial authorities in deciding Convention cases. As a result of these delays, cases may be pending with the judiciary for over one year, contributing to a pattern of noncompliance.