The U.S. State Department has recently released their annual report on International Child Abduction. Below is our sixth post in a series here focusing on the ten countries classified as “demonstrating patterns of noncompliance.”  Today's country is India. 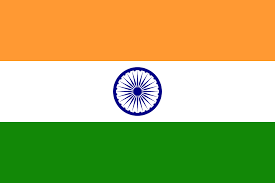 Country Summary: India does not adhere to any protocols with respect to international parental child abduction. In 2019, India continued to demonstrate a pattern of noncompliance. Specifically, the competent authorities in India persistently failed to work with the Department of State to resolve abduction cases. As a result of this failure, 41 percent of requests for the return of abducted children remained unresolved for more than 12 months. On average, these cases were unresolved for 3 years and 6 months. India was previously cited for demonstrating a pattern of noncompliance in the 2014-2019 Annual Reports.

Initial Inquiries: In 2019, the Department received eight initial inquiries from parents regarding possible abductions to India for which no additional assistance was requested or necessary documentation was received as of December 31, 2019.

Central Authority: In 2019, the competent authorities in India regularly failed to work with the Department of State toward the resolution of pending abduction cases. Moreover, the competent authorities have failed to resolve cases due to a lack of viable legal options, which contributed to a pattern of noncompliance. In July 2018, India's Ministry of Women and Child Development directed the National Commission for Protection of Child Rights to constitute a mediation cell to resolve international child custody disputes. However, the United States is not aware of any abduction cases between the United States and India that were resolved through this service in 2019.

Location: The Department of State did not request assistance with location from the Indian authorities.

Judicial Authorities: There is no clear legal procedure for addressing international parental child abduction cases under Indian law and attempts to resolve custody disputes in the local courts were generally unsuccessful, which contributed to a pattern of noncompliance. Some left-behind parents reported difficulty with serving taking parents in India causing delays in court proceedings. Additionally, judicial action in custody cases in India has been slow, and Indian courts tend to default to granting custody to the taking parent.

Enforcement: The United States is not aware of any abduction cases in which a judicial order relating to international parental child abduction needed to be enforced by the Indian authorities.

Department Recommendations: The Department of State will continue to encourage India to accede to the Convention.