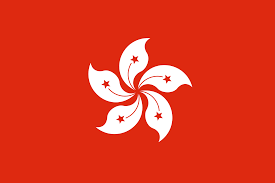 It should be noted that nuptial agreements between the parties are not included in the list of factors that the Matrimonial Proceedings and Property Ordinance directs a court in Hong Kong to consider in determining the financial consequences of a divorce.

Moreover, the potential and practical effect of both prenuptial and postnuptial agreements under Hong Kong law is quite uncertain,  since they are to be considered under the subjective and ambiguous standard of “fairness.”

Nuptial agreements were previously considered at common law to be contrary to public policy because they ousted the jurisdiction of the court to grant ancillary relief. The modern English law on nuptial agreements dates from the 2008 ruling of the Judicial Committee of the Privy Council in MacLeod v. MacLeod, [2008] UKPC 64. In that case, the Court decided in favor of the husband (my client) that a post nuptial agreement was valid, binding and could be enforced, but it insisted that courts retained the power to modify such agreements whenever necessary or appropriate to protect the weaker spouse.

In 2011, in the landmark case of Radmacher v. Granatino, [2010] UKSC 42, [2011] 1 A.C. 534, the U.K. Supreme Court extended the MacLeod ruling to prenuptial agreements. Again, it ruled that nuptial agreements could be enforced, but only subject to the overriding standard of “fairness.” A prenuptial agreement might have “decisive weight” but it must always be reviewed on a case-by-case basis for fairness.

But how the rule of “fairness” would be applied was not explained.

Indeed, the fairness standard makes it almost impossible to predict the impact that a prenuptial or postnuptial agreement will have on a future divorce case in Hong Kong.

Thus, the 2019 case of LCYP v JEK [2019] HKCFI 1588 vividly demonstrated that fairness is in the eye of the beholder. The court purported to uphold the validity of a New Jersey prenuptial agreement entered into after negotiations, representation by separate and independent counsel and full financial disclosure. Yet it held that, because the parties' circumstances had changed significantly during the marriage in that the husband's business had flourished, the prenuptial agreement was now “unfair” and the court was now required to make a financial award sufficient to maintain the wife for life at a most affluent level, notwithstanding the prenuptial agreement.

The stark difference between the way that the courts in New Jersey would have treated the prenuptial agreement as compared to that of the Hong Kong courts underscores the fact that forum shopping by international people in contemplation of divorce can yield extremely significant results.

Our office has worked on several U.S. – Hong Kong prenuptial agreements. The husband in LCYP was our client. We work globally on divorce forum strategizing. We always collaborate with local counsel in all jurisdictions as appropriate.