Compulsory Registration of NRI Marriages: What could it mean for NRI husbands?

The Parliamentary Standing Committee on External Affairs of India recently approved the Registration of Marriage of Non-Resident Indian Bill, 2019.  If enacted, the bill will empower Indian passport authorities to impound or revoke Indian passports or travel documents of Non-Resident Indians (NRIs) who fail to register their marriage (whether in India or abroad) within 30 days after getting married. It will apply to every NRI who marries a citizen of India or another NRI. The Bill does not allow a late registration beyond the 30-day period. If the marriage occurs outside India, it must be registered with a Marriage Officer, who will be appointed from among the diplomatic officers in a foreign country. 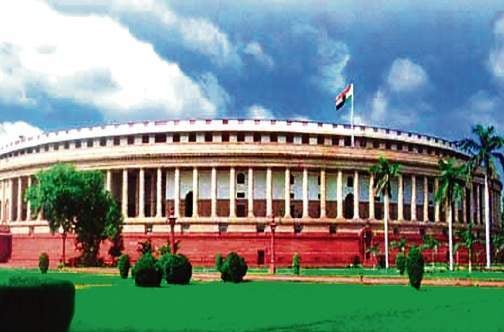 The Ministry of External Affairs, Ministry of Women and Child Development, Ministry of Home Affairs and Ministry of Law and Justice made a collaborative effort to draft this bill which creates more accountability and offers more protection against exploitation of Indian wives by their NRI husbands. The committee recommended that NRI marriage registration forms should require details and proof of each registrant's passport, foreign visa, address and employment.

The compulsory registration of marriage seeks to provide better enforcement of the rights of deserted wives under various personal laws of India. Overseas Indians, officially known as Non-resident Indians (NRI/NRIs) or Persons of Indian Origin (PIO/PIOs), are people of Indian birth, descent or origin who live outside the Republic of India.  The Bill defines a Non-Resident Indian as an Indian citizen who resides out of India.  However, it does not specify the number of days that an individual must stay outside India to be designated an NRI.  As a result, it is not clear who the Bill would apply to.

In India, a marriage certificate is considered to be the legal proof that two individuals are married to one another and therefore allows them to claim various rights related to the marriage.  If unregistered, it may be difficult to prove the validity of a marriage.  All Indian states have passed laws making it mandatory to register marriages that occur within the state. However, so far, there is no central law requiring registration of marriages of NRIs solemnized outside India.

The bill aims to fix the problems faced by Indian wives who are deserted by their NRI husbands. The Indian Penal Code (IPC) lacks appropriate provisions to deal with such cases. Accordingly, complaints are often filed against NRI husbands under section 498-A of the Indian Penal Code and the Dowry Act. However, complaints under section 498-A are often toothless because requests for the husband's extradition are usually rejected by foreign countries.

In order to bring the perpetrators to justice, the bill proposes to amend the Passport Act, 1967 and the Code of Criminal Procedure, 1973.

If the proposed amendment of the Passport Act, 1967 comes into effect it will empower the Indian Ministry of External Affairs to impound or cause to be impounded or revoke a passport or travel document of an NRI who has not registered his/her marriage within 30 days from the date of marriage.

The proposed amendments to the Code of Criminal Procedure, 1973 would empower the courts to issue summons and warrants through the specifically designated website of the Ministry of External Affairs. In other words, if a summons cannot be served upon a person, it may be served by uploading it on the designated website.  If the person summoned does not appear before the court, it may upload a warrant for arrest on the website. It further provides for attachment of properties, both movable and immovable, belonging to a proven offender.

The Parliamentary Committee "strongly" recommended that efforts must be intensified to establish better coordination with the member countries of the Hague Convention on the Service Abroad of Judicial and Extra Judicial Documents in Civil or Commercial Matters, 1965 to take up the issues of NRI marital disputes during bilateral meetings and consular dialogue with foreign countries.

Once the bill is enacted, it is advisable for NRIs to register their marriage within 30 days of getting married, whether they do so in India or in a foreign country. Non-registration could result in impoundment of their passport which may have extremely severe consequences such as deportation. Furthermore, failure to register a marriage might affect issues including those related to child custody and divorce proceedings initiated in a foreign country.

Stutee Nag is duly licensed to practice law as an attorney in the courts of India. She graduated from UILS, Panjab University, India. She has six years of progressively responsible experience in law including litigation, advisory, negotiation, drafting, research and analysis. She was a law clerk ...