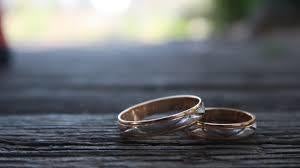 I believe that the U.K. Law Commission's hot-off-the-press proposal about prenuptial agreements in England and Wales is somewhat ill-considered.

The reason that parties who marry want prenuptial agreements is to create security as to the financial terms of their future relationship and to avoid the potential expense, intrusiveness and uncertainty of litigation concerning the financial aspects of their potential divorce. That is particularly so in England, whose divorce courts are renowned for applying the loose term of “fairness” in unpredictable and expansive ways.

Unfortunately, while the Law Commission has proposed that prenuptial agreements will be enforceable in England and Wales, it has also proposed an exception insofar as such agreements do not satisfy the “financial needs” of the parties. The exception might appear at first blush to be innocuous and sensible. In fact, however, it would create a gaping chasm of uncertainty that would undermine the basic goals of predictability, simplicity and autonomy. The proposed exception is so broad and its terms are so vague that no one will really know how it might be applied to the facts of any particular case. The Law Commission proposes some kind of non-binding “guidance” about “needs” to assist decision-makers in their task of interpreting that term in specific cases, which serves to underscore the fact that there will be substantial uncertainty under its proposal as to what the exception will include and how it will be applied.

The result may well be as follows:

a. Prenuptial agreements will be far more expensive than would otherwise be the case because lawyers will need to analyze the parties' current and prospective circumstances in order to be able to provide any kind of useful advice, and will need to draft contracts with loose terms and enormous disclaimers in order to handle such uncertainty.

b. Prenuptial agreements will be of limited value. Current English law provides that the financial needs of the parties are the basis upon which the English courts decide the financial side of divorce cases in England unless the parties have more financial resources than is required to cover all of their “needs.”  Since prenuptial agreements cannot be less generous than the courts would apply in a needs case there may be little or no point in going through the trouble and expense of entering into any such contract.

c. Prenuptial agreements will probably have to include provisions that are even more generous than current “needs” might suggest. It is impossible to guess the financial circumstances that parties will be in at the time of a potential divorce years down the line. Therefore it will be impossible to come up with specific financial terms that will satisfy a test which is based on future circumstances. Alternatively, prenuptial agreements will require broadly written exceptions that will be entirely unpredictable as to their potential application.

d. The role of the courts in the financial aspect of divorces will continue to be vast, intrusive and expensive, since unhappy litigants will always claim that their needs have not been met.

e. There will continue to be a substantial incentive for forum shopping, since courts in most of the rest of the world may well enforce prenuptial agreements far more liberally, reliably and usefully than the courts in English and Wales.

The Law Commission's fundamental mistake stems from the fact that it does not trust the parties to make sensible agreements. It believes that the judiciary should continue to act in a quasi-parental capacity to oversee the decisions made by adults who purposefully, deliberately and freely enter into contracts that will define the financial terms of their relationship.

Quite appropriately the Commission's proposal contains substantial provisions to ensure that any prenuptial agreement must be entered into with the parties' eyes wide open. Thus, it proposes that there should be a gap of 28 days between the execution of the agreement and the date of the marriage; that disclosure of “material circumstances” should be required (although this term is hardly defined in the proposal); and that the parties should have legal advice (presumably independent advice) before signing the contract. However, the Commission then proceeds to carve out the mammoth exception of “financial needs” in order to make sure that consenting adults do not sign silly agreements.

I am not usually a flag-waver for the jurisdiction in which I practice but, in the case of prenuptial agreements, I think that New York has got it about right. Our statute provides, in essence, that properly-executed prenuptial agreements are binding absent “unconscionability,” which requires proof of inequality that is “so strong and manifest as to shock the conscience and confound the judgment of any [person] of common sense.” A lower standard is reserved for terms that limit spousal maintenance, which will be upheld if “fair and reasonable at the time of the making of the agreement and … not unconscionable at the time of the [divorce].” While mere fairness is required, it is measured at the time the contract is made so that the circumstances then in existence can be sensibly evaluated at that time. In addition, unlike England, spousal support is always periodic in New York and is invariably time limited at the outset. There is a clear and very strong public policy in New York favoring the right of parties to set their own terms when they marry but there will be greater scrutiny if there has not been adequate disclosure of financial matters before marriage or independent legal representation or a reasonable gap between the presentation of a prenuptial agreement, its execution and the parties' marriage. The result is that New York prenuptial agreements are relatively easy to draft, relatively inexpensive, and extremely useful since they are invariably upheld if properly drafted. We are able to advise clients sensibly and predictably.

In sharp contrast, the U.K. Law Commission proposes to create a prenuptial regime that retains an excessively paternalistic role for the English courts that is likely to lead to excessive litigation, complicated agreements and unpredictable results.