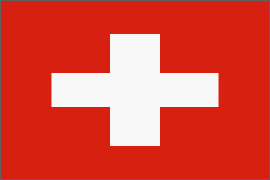 Prenuptial and postnuptial agreements are binding under Swiss law provided they fulfill certain statutory requirements. They must be entered into by means of a “notarial deed.” Art. 184, Swiss Civil Code. The notary has a duty to ascertain that the contract is based on the free will of the parties and is in accordance with the law. The notary also has to explain to the parties their current legal status and the changes that the marital contract will provide, ensure that the parties understand the meaning of the contract and ensure that the contractual provisions are in accordance with the wishes of the parties. However, if the notary does not fulfill such obligations, the contract remains valid, although the notary may be sued for damages. The registration of marital agreements was abolished in 1988.

Full disclosure of the spouses' assets and debts is not necessary. However, the general rules of contract law apply, so that a marriage contract might be invalidated by reason of fundamental mistake, fraudulent misrepresentation or duress or the general rule prohibiting an abuse of a right may apply. Arts 23 et seq. and 28 et seq. Swiss Code of Obligations; Art. 2 para. 2 Swiss Civil Code.

A marital contract containing provisions regarding the matrimonial property regime, and that does not provide for the other effects of a divorce, qualifies as a marital contract, and is not subject to judicial review for fairness. On the other hand, an agreement intending to lead to a divorce is dealt with differently from a marriage contract and is subject to judicial control. Art. 140, Swiss Civil Code.

The spouses may only choose, change or modify their property regime within the boundaries of the Swiss law. Art. 182 (2), Swiss Civil Code.They may choose between the statutory property regimes. Whichever regime they choose may only be modified in specifically authorized ways and to a specifically authorized extent. The spouses cannot create their own regime. However, they may regulate certain issues regarding property law by a simple written contract in writing, but such an agreement does not qualify as a marriage contract.

Thus, under the property regime of participation in acquisitions, the spouses may deviate from the rules on the participation in the increased value of an asset in the case where one spouse has invested in the other's assets. Art. 206 (3), Swiss Civil Code.

Under community of property, the spouses may modify the assets that belong to the common property. Art. 223 Swiss Civil Code.

Our office has worked on several U.S. – Switzerland prenuptial agreements, always collaborating with local counsel in all jurisdictions as appropriate.