PRENUPTIAL AGREEMENTS IN THE BAHAMAS 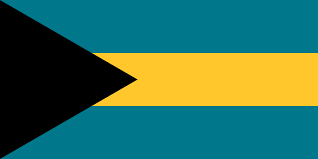 Prenuptial agreements are not automatically enforceable in The Bahamas but courts will take them into account in determining the intention of the parties. In general, The Bahamas follows the English approach, which gives "decisive importance" to a prenuptial agreement unless its terms are "unfair".

Bahamian courts previously viewed a prenuptial agreement as a mere persuasive consideration, but this view has shifted following the anonymized judgment (M v. F) in 2011 by the Supreme Court that ruled that a) the parties had entered into the agreement freely, and b) that it would not be “unfair” to hold the parties to the agreement.

In general, the Bahamas will follow  the 2010 English Supreme Court case of Radmacher v. Granatino, which established that courts “should give effect to a nuptial agreement that is freely entered into by each party with a full appreciation of its implications unless in the circumstances prevailing it would not be fair to hold the parties to their agreement.” Hence, uncertainty remains as to whether any specific prenuptial agreement will be fully enforceable in the Bahamas, as a court there may intervene and alter terms under the guise of fairness.

Our office has worked on several U.S. – Bahamas prenuptial agreements, always collaborating with local counsel in all jurisdictions as appropriate.