When Is a Saudi Woman Considered an Adult? 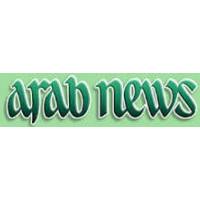 It is surprising and frustrating to see that women in Saudi Arabia, despite all their achievements, continue to be treated as underage dependents who need and are forced to be managed by their male guardians.

It is necessary at this point of Saudi women's history to address this important issue.

We cannot claim that a Saudi woman has all her Islamic and civil rights when the system insists on considering her immature, irresponsible and dependent on her male guardian no matter how old she is, how highly educated and intelligent she might be or what she has achieved in her professional career. At what age and under what circumstances is a woman in Saudi Arabia considered an independent, sane, responsible adult?

We see story after depressing and humiliating story in our daily life and reported in the newspapers of how women struggle to go about their normal life without unnecessary complications, let alone fighting for their rights in the courts or other government institutions. Why does a young intelligent, ambitious woman needs her guardian's permission to enroll in a university or apply for work? Does the system even realize that this male guardian does not necessarily have the best interests of the woman when he denies her the right to an education and a job?

At what age is a woman considered old enough to decide to marry whom she chooses legally even if her male guardian objects because he might have ulterior motives for not giving his permission, or might force her to marry someone she does not want? Why is it that the system and society do not raise objections to a father marrying his 13-year-old daughter to a 70-year-old man but objects to a 40-year-old woman deciding to marry someone suitable against her father's wishes because he would like to continue benefiting from her teacher salary? Or why does a court forcefully divorce a happily married couple because some male relative of the wife objects to the marriage while in another case a woman is forced to stay married to a man she does not want? Where is taking the woman's own opinion in the matter? Doesn't an adult, mature woman have a say in matters concerning her own private life? Why is it only the man's wishes are looked at?

If these are some extreme and rare examples of male guardians abusing their authority over the women in their care, what about the daily obstacles women face if they want to purchase property, apply for divorce, gain custody of their child, or travel abroad? In all these cases, she needs a male guarantor or a male representative or permission from her male guardian. A working woman with sufficient salary and funds cannot purchase a car in installments without a male guarantor signing the papers with her. A woman cannot argue her case without a male representative or finalize legal procedures because judges do not recognize her ID card and insist on two men identifying her. A woman, even a 70-year-old woman, cannot travel abroad without the written, signed and notarized permission of her male guardian, who might be her son or nephew. Is this the respect we give our mothers, and we know how highly respected mothers are in Islam?

Simply going to school or to work or going to a hospital for medical emergency or even shopping is an ordeal for women because we have to worry about how we will get there without that “reliable” male driver we so depend on who might be a criminal or a pervert. How can we trust a woman to raise a child, teach our children and treat our illnesses but we cannot trust her to be a responsible adult behind the wheel? We have asked for our right to be licensed to drive a car like any other Muslim woman in the world because we know there is no religious basis for denying us that right.
Yet, we are told that society would not accept women driving on the roads. Assuming that is true, what is being done about that? Are there any real proposals from society to make driving by women easier and safer such as, for example, discussions in schools, training women to be police officers on the roads and in police centers, setting an age limit or hours of the day or specified zones for women to drive in or even, resorting to the same requirement, having her male guardian's permission to drive?

Again, the issue is at what age and under what circumstances does the system and society recognize a woman as a responsible, independent adult who can make her own decision and choices and have full rights as a citizen?