Cyprus: Foreign parents with joint custody may face prosecution if they leave 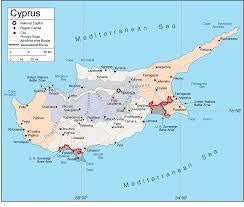 A PARENT who decides to leave Cyprus with his or her children without first seeking the approval of their other half could soon be subject to criminal prosecution.

In its January 3 sitting, the Cabinet approved a bill submitted by the Justice Ministry that is set to alter the Penal Code. The proposed law will be submitted to the House Legal Committee for examination and approval.

The bill's aim is to alter current laws in a way that will regulate when it is legal for a parent to leave the Republic with an underage child without first securing the consent of the child's other parent.

“State authorities, in the past few years, following an influx of marriages between Cypriots and foreigners, have been facing problems dealing with situations where one of the two parents, who is exercising joint custody, decides to transport an underage child or children to another country without the other parent's consent,” a Cabinet press release stated yesterday.

“The current chapter 245 of the law does not cover incidents of an underage child's kidnapping by a person who has joint custody, so the Penal Code amendment is considered necessary in order to prosecute the described criminal acts,” it added.